Waste management company Greenstar sold to US firm by receiver

Mark Keough, who will become chief executive of Greenstar, said sale was ‘good news’ for employees 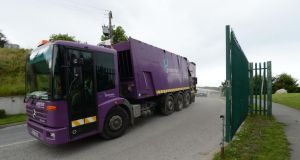 Ireland’s biggest waster management group, Greenstar has been sold to US private equity company Cerberus by a receiver for an undisclosed figure.

David Carson of Deloitte, acting as receiver of Greenstar Holdings Limited, said yesterday that he has agreed, subject to regulatory consents and other conditions, to sell the Greenstar business to an affiliate of Cerberus European Investments. The buyer is an affiliate of New York-based Cerberus Capital Management, one of the world’s leading private investment firms. Eversheds was legal advisor to Cerberus.

Greenstar, which employs 800 people, was placed in receivership in August 2012. Mark Keough, who will become chief executive of Greenstar following the closing of the transaction, said the sale was “good news” for employees.

“ It protects jobs and will ensure Greenstar maintains its position as a market leader. For now our priority is to complete the transaction and begin the process of getting to know the business,” said Mr Keough.

Greenstar deals with a million tonnes of waste a year, and provides waste services to both households and businesses around the country and is part of the NTR group.

Mr Carson said he is targeting a completion of the transaction in the second quarter of 2013. He said he was “pleased” to have found a solution for the business and thanked employees and customer for their support.

“The Greenstar business is complex but plays a vital role in Ireland. Working on a solution to the business has been challenging, and changes in the company were required to make it a sustainable business,” said Mr Carson.

“We look forward to building on the changes made in the company and the company’s good base of commercial and household customers. We want all Greenstar employees, customers and the public to know that we intend to maintain Greenstar as the market leader, providing best in class waste management services to Ireland. We will continue to employ best practices in the waste management sector and add value to our customers. These are core principles for us, as is our commitment to providing a full range of recycling services and to operating in an environmentally sensitive manne,” said Mr Keough.

Ron Bolger, an advisor to Cerberus in Ireland, will be joining the Board of Directors of Greenstar following closing of the transaction. Mr. Bolger said he expected Greenstar to continue and expand upon its role in the Irish waste management industry.

Greenstar, was placed into receivership in August last year after a consortium of seven banks called in loans of € 83.2 million following a breach in 2011 of the covenants attaching to the borrowings. The decision by the banks to call in their loans resulted in the board of Greenstar appointing David Carson of Deloitte as receiver.

Last year, it was reported that the firm owes more than 80 million to a consortium of banks that includes Bank of Ireland, Bank, AIB, Barclays and HSBC. Greenstar was founded in 1999 and serves 15,000 commercial customers and 80,000 households here. It operates from 20 licensed sites across the State. Its revenues have been under pressure in the downturn due to a reduction in waste volumes and reduced prices for landfill and commercial waste.

The company makes 3.7 million collections annually and provides household collections in 13 local authority areas. The bin collection charges paid by Greenstar customers vary quite widely across the State and in some cases households in the same county may be paying different rates.