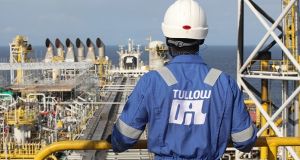 Irish-based explorer Tullow Oil has abandoned a well off the coast of Namibia. It said in a statement to Euronext Dublin, formerly the Irish Stock Exchange, on Monday that it encountered “non-commercial hydrocarbons”, and that the well was being “plugged and abandoned”.

The Cormorant-1 exploration well in Namibia had been drilled to a total depth of 3,855m, the company said. Sandstones were encountered in the well but they proved to be water-bearing. Indications of oil were also encountered.

Explorers have returned to Namibia with the rally in crude oil prices this year, hoping to revive prospects in the southern African nation that went quiet after at least 14 wells failed to find commercial oil deposits.

Exxon Mobil bought stakes in Namibian fields in August, while Chariot Oil and Gas Ltd has contracted the Ocean Rig Poseidon – the same rig used by Tullow – to drill a well this year.

“Gas readings while drilling continue to support the concept that there is a working oil system in the area. As a result, following the conclusion of operations, we will analyse the data gathered before deciding on any future activity.

“While this is not the outcome that we had hoped for, the efficiency of our drilling and our risk-management processes resulted in low financial exposure to this well.”

The Tullow announcement comes on the day crude prices hit a four-year high just under the $81 mark.

Following a farm-out in 2017, Tullow’s net expenditure on the well is expected to be approximately $5 million.

Tullow operates the licence with 35 per cent equity, and is partnered by ONGC Videsh Ltd (30 per cent), Pancontinental Oil & Gas (30 per cent) and Paragon (5 per cent).

“Important geological data has been gained from this well, and, in combination with high-quality 3D seismic data, will provide valuable insights into the prospectivity of the group’s Namibian acreage,” the company said.