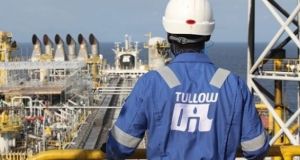 Angus McCoss, Tullow’s exploration director, was bullish when speaking to The Irish Times about prospects in Peru

There was little in the way of big surprises in the latest numbers served up by Tullow Oil this week.

With the company having flagged the results ahead of time, the only real news was it having to downgrade its output guidance again. However, with Tullow restoring interim dividends for the first time since 2015, shareholders will likely not be too upset by this.

Moreover, there is plenty to cheer when it comes to the company’s pipeline with its new ventures team continuing to make good progress as it seeks out untapped opportunities in regions not usually associated with exploration.

In addition to a highly touted three-well Guyana exploration campaign which is now under way, Tullow outlined encouraging steps made in Kenya where it recently signed an agreement. Opportunities also abound in Côte d’Ivoire, where seismic acquisition is expected to start shortly.

New licences in Argentina, Peru and Namibia were accessed in the first half of the year, and Tullow said it was continuing to evaluate and mature opportunities for potential drilling next year, including for wells in Peru and Suriname.

Peru in particular might not be the first place you think of when it comes to oil, but Tullow is betting big on it coming good. The government earlier this year reapproved a contract for the company to explore shallow-water block Z-64, which lies off the northern coastal area of Tumbes. This is near to where Canadian explorer Frontera Energy operates a 1,200 barrels of oil per day (bpd) unit.

The company has also been approved for another block in the region, which is due to start drilling early next year. It is also awaiting news on four other blocks.

Peru’s oil and gas production is relatively modest at present. It produced 48,869 bpd of oil last year, with a plan to double production to 100,000 before 2023.

Angus McCoss, Tullow’s exploration director, was bullish when speaking to The Irish Times about prospects in the South American country this week.

“We’ve got a good position in Peru, and believe it could be one of the industry hotspots. You have to get into a hotspot before it becomes one. That is what we did in Guyanna, and I think that is what I think we’re doing in Peru.”