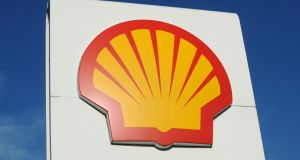 Shell’s oil and gas production division, known as upstream, swung to a loss for the first time in years

Royal Dutch Shell on Thursday reported a sharp drop in third-quarter profits on the back of low oil prices and a hefty $8.2 billion charge which included write-offs in Alaska and Canada.

Shell’s third-quarter current cost of supplies earnings, the company’s definition of net income, came in at $1.8 billion, below analysts’ expectations of $2.74 billion and 70 per cent lower than a year ago.

“These charges reflect both a lower oil and gas price outlook and the firm steps we are taking to review and reduce Shell’s longer-term option set,” Shell chief executive Ben van Beurden said in a statement.

The $8.2 billion charge included a $2.6 billion write-off for Shell’s withdrawal from its exploration programme in the Alaskan Arctic Sea in July, as well as an additional $2 billion charge over the Carmon Creek oil sands project in Canada which the company suspended on Tuesday.

Shell’s oil and gas production division, known as upstream, swung to a loss for the first time in years. Its downstream division, however, benefited from weak prices to run refineries more profitably, with its net income reaching $2.6 billion, up 46 per cent year on year.

Italian rival ENI on Thursday also announced a huge hit from weak oil prices as it swung to a net loss, while French oil producer Total fared better than expected and raised its production forecast.

Shell said its bumper $70 billion takeover deal for smaller gas-focused rival BG Group remained on track for completion early next year as it awaits regulatory approvals from China and Australia.