Rio Tinto looks to diversify board with addition of more women

Appointments bring firm’s board back to full strength with 12 directors, a third of them women 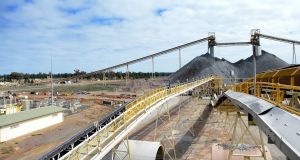 Rio Tinto has moved to address the lack of diversity on its board with the appointment of three female non-executive directors.

The Anglo-Australian company has been mocked for the fact that it has three times as many board members named Simon as female ones.

That is set to change after the miner named Hinda Gharbi, executive vice-president at Schlumberger, Jennifer Nason, a global chairman at JPMorgan Chase and Ngaire Woods, professor of global economic governance at Oxford University, as non-executive directors.

Rio said the appointments would bring its board back to full strength with 12 directors, a third of them women.

“I am delighted to welcome Hinda, Jennifer and Ngaire and look forward to benefiting from their insights and expertise in natural resources, finance, technology, governance and public policy,” said Rio chairman Simon Thompson. “Their diverse international experience will further strengthen the Rio Tinto board.”

The appointments came as Rio ended talks with the government of Mongolia over a two-year tax dispute and said it would seek a ruling from arbitrators at the United Nations.

Mongolia is home to one of Rio’s most important growth assets – the underground expansion of the Oyu Tolgoi copper mine.