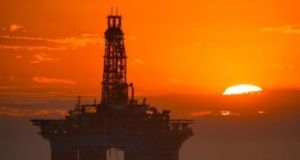 Tamraz said it is looking into the possible sales of shares subject to a lock in agreement.

Irish explorer Petrel Resources said an investigation was underway into how millions of shares subject to a lock-in agreement may have been traded.

The apparent dealing comes as Tamraz looks to complete its acqusition of a 51 per cent stake in the Irish explorer.

“As of 13th January 2020, no relevant TR1 and or other MAR notifications – [ notificaitons of movements in major shareholdings and notificaitons under market abuse regulations] – have been received by the company, but the electronic register suggests that 5.25 million of the Deutsche Bank shares have been traded,” Petrel said.

“The company’s lawyers have reminded the Tamraz group of their obligations, pursuant to the lock-in and share notification requirements and have been informed that the Tamraz group’s US and English lawyers are currently investigating, as a matter of urgency, how these transfers/sales were possible.”

In an update to the stock market last week, Petrel said payment for a tranche of shares sold to Tamraz that was approved at an extraordinary general meeting in November,was due on January 6th, but had not yet arrived. The shares issued to the Tamraz group would give the company 51 per cent of the issued share capital of Petrel Resources .

On Tuesday, Petrel also said it would review a still outstanding second tranche payment for the stake and make further announcement as soon as the information was available.