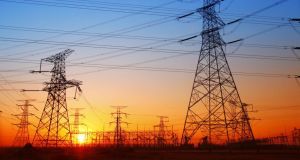 PrePayPower, Ireland’s biggest pay-as-you-go electricity supplier, is to create 50 new jobs across the country, it confirmed on Friday.

Recruitment for the new roles, which will be predominantly sales-related, is to begin immediately. Twenty positions are to be created in Leinster, with fifteen in the Munster region, ten in Connaught and five in Ulster.

PrePayPower currently employs 100 people directly at its headquarters in Sandyford in Dublin and 60 people indirectly, mainly in Cork. The company, which is Ireland’s first dedicated prepaid electricity supplier of pay-as-you-go electricity, was set up in 2009.

Chief executive Cathal Fay said the expansion was due to the company’s success in adding to its customer base in recent years.

“Over 100,000 homes have already signed up with PrePayPower making us Ireland’s largest pay-as-you-go electricity provider. We’re a young, dynamic Irish company and we’re looking for bright and enthusiastic people to come and work with us. Full training will be provided including professional sales qualifications.” he said.

The company began recruiting customers in 2011.It sells electricity to domestic premises via specially installed meters, which are supplied free of charge.

Customers can then top up their electricity by entering a code purchased online or from a network of retailers. This means they avoid receiving regular electricity bills.