Exploration firm writes-off $183m due to unsuccessful wells in Kurdistan, Romania and Egypt 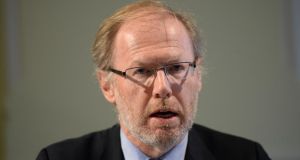 Losses at Petroceltic widened to $282 million last year as the company wrote off the exploration costs of unsuccessful wells in Kurdistan, Romania and Egypt and an impairment charge of $86 million.

However, Petroceltic chairman Robert Adair said the exploration firm delivered on its production target and generated $157 million of revenue from oil and gas sales.

The bulk of the revenue came from Egypt, providing $106 million of the total $157 million, where improved availability of external capital to the Egyptian Government facilitated material payments to international oil and gas companies operating in the country, including Petroceltic. The remaining revenue of $51m was from gas sales in Bulgaria.

Mr Adair said a share placing in June 2014 raised gross proceeds of $100 million and a contemplated bond issue, announced today, plans to raise up to $175 million in new funding.

“The group reserves were reduced as of the end of the year primarily due to the Sonatrach farm-out which completed during the year and will generate up to $180 million in funding towards,” he added.