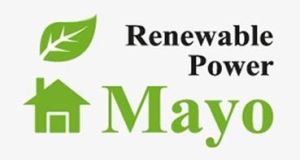 Mayo Renewable Power: the projects’s US backer, Weichert Enterprises, has provided €90 million of the €180 million required, €10 million more than it originally committed

In the background to the difficulties that Mayo Renewable Power has encountered with finance are problems that could affect many other Irish businesses.

The projects’s US backer, Weichert Enterprises, has provided €90 million of the €180 million required, €10 million more than it originally committed. However, a number of factors conspired to ensure that its three lenders, AIB, Ulster and British bank, Barclays, did not contribute any of the €118 million that they originally signed up to provide.

Barclays pulled out earlier this summer because of the uncertainty surrounding the UK vote to leave the EU. All three banks had to sign off on the company’s decision to change the supplier of a boiler, a key component for its proposed electricity generator in Mayo, and this delayed funding. A lawsuit in the US further compounded its problems.

Commentators say that one of the consequences of the financial crash and subsequent downsizing of the banks eight years ago was the loss of expertise needed to lend to projects such as the renewable power plant that the company is building.

Lending to utilities is a specialised business, normally done by teams within each bank that have built up expertise over a period. As the Irish lenders effectively shut up shop in the closing months of 2007, those teams left, taking their expertise with them.

The banks are only now rebuilding those teams, meaning that big ticket projects, with the potential to deliver real wealth and jobs to the country, could face delays getting finance here, or will have to look abroad.

The consequence of their having to go abroad is, of course, that some of the wealth they create will end up gracing someone else’s balance sheet, instead of being recycled back into the Irish economy, where it belongs.