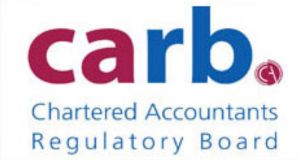 The Chartered Accountants’ Regulatory Board reprimanded Whelan Dowling Associates and fined it €850, with €2,000 costs, for failing to comply properly with financial reporting standards governing transactions with related parties when it audited Pronanotect’s 2010 accounts.

Businessman Declan Conway established Pronanotect in 2009 and subsequently raised €1 million from Business expansion Scheme (BES) investors. The company was set up to exploit technology that would convert waste plastics into fuel oil.

Whelan Dowling audited its accounts for 2009, 2010 and 2011. The Chartered Accountants’ Regulatory Board (Carb) recently reprimanded the firm and fined it €850, with €2,000 costs, for failing to comply properly with financial reporting standards governing transactions with related parties when it audited Pronanotect’s 2010 accounts.


Complaints
The fine was imposed as result of proceedings brought following two complaints to the board by BES investors relating to Whelan Dowling’s audit of the company’s accounts. Carb said there was insufficient evidence to support one charge but took action over the second, which related specifically to financial reporting standard eight, which deals with accounting for transactions between related companies.

In 2010, Pronanotect transferred just over €718,000 to two offshore entities, Avant Capital Partners LP, its Delaware-based parent, which controlled the company, and Avant Investments LDA, which is registered in Portugal. Mr Conway is a shareholder and director of both companies.

The money was to pay for a technology licence, and the two companies were classed as debtors in the 2010 accounts. A loan note gave Pronanotect the right to take shares in those companies’ projects; if that did not happen, the loans were to be repaid with interest.

According to the accounts, the directors assured the auditors the records detailing these deals were complete, but Whelan Dowling noted “independent confirmation by us that all transactions were properly recorded was not possible”. *

Pronanotect’s 2011 accounts, which were completed last July, state it signed agreements with Avant Capital Partners and Avant Investments in June 2013 giving it shares in three companies in California and Florida in the US, and in the UK. Those shares entitle the company to “enjoy future royalties, revenue streams and capital appreciation” from those businesses. According to the 2011 accounts, the projects involved were likely to be completed by December 2013.