UK inflation pushed above target by video games and toys

Consumer prices defy economists’ forecasts with rise of 2.1% in July 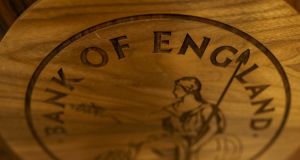 UK inflation rose above the Bank of England’s 2 per cent target in July as prices of video games and toys increased sharply, defying forecasts that it would weaken.

Consumer prices were 2.1 per cent higher than a year earlier, according to the Office for National Statistics, increasing from 2 per cent in June and May. Core inflation, which excludes food, alcohol and energy, rose to 1.9 per cent from 1.8 per cent the previous month.

The increase surprised economists, who had expected a drop to 1.9 per cent, and dampened speculation that the Bank of England would cut interest rates as it presented a potential challenge to the central bank.

“The latest data present a further headache for the Bank of England, who will need to weigh up their next policy move in the context of both rising inflation and weak economic growth,” said Geoffrey Yu, head of UK investment office at UBS wealth management.

The rise followed a sharp drop in sterling driven by Brexit uncertainty, and prime minister Boris Johnson’s promise that the UK would leave the EU on October 31st with or without a deal. However, the statistics office said this would have a “lagged effect” on inflation.

Instead, key contributors included prices of video games and toys, which have proved an especially volatile contributor to inflation in recent years and leaped 8.4 per cent, more than any time since the 1980s. Accommodation, clothing and housing costs were also factors.

Economists said the strong labour market and weak pound, which pushes up prices of imports, were potential drivers for inflation not falling as fast as previously forecast. Official data released on Tuesday showed wage growth hit an 11-year high of 3.9 per cent in the three months to June, compared with 3.6 per cent in the previous period, and figures for job creation were also higher than expected. – Copyright The Financial Times Limited 2019