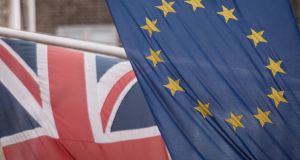 The UK government has asked business groups to map their supply chains to flag the areas of the economy most at risk if Brexit imposes additional trading costs on exporters, according to Bloomberg.

One source cited by the agency expressed bafflement that it has taken so long for the government to ask for the data. It is just 10 months until the country formally quits the European Union, and prime minister Theresa May’s Cabinet - and indeed her Conservative Party - is still procrastinating on what kind of customs arrangements to pursue post-divorce.

The course the government decides on will determine what burden exporters face, and whether it’s still viable for them to trade with the EU and with third countries Britain now has trade agreements with as a member of the bloc.

The belated request is designed to help ministers and trade negotiators understand which sectors and companies stand to lose the most if Britain’s departure from the customs union leads to costly rules of origin, whereby exporters have to prove the proportion of the value of their products that stems from domestic production.

One question is why has it taken this long to ask. The work is highly complex, with some manufacturers using components that cross borders several times during the production process.

Some will have to delve not only into their own supply chain, but into their suppliers’ as well. “The only way you avoid the costs of rules of origin entirely is to remain in a customs union with the EU, but even then you might have some problems in relation to trade agreements with third countries,” Sam Lowe, a trade researcher at the Centre for European Reform, said in a phone interview.

“Absent the UK remaining in a customs union with the EU, it’s very difficult to see how in the long run, complex manufacturing in the UK remains viable.” The UK’s Department for Business, Energy and Industrial Strategy made the request in February to the country’s main business lobby groups as well as large companies and trading associations for different sectors, according to the two people, who spoke on condition of anonymity because the work isn’t public.

The department didn’t immediately respond to a request for comment. Rebellion Afoot May is facing rebellious lawmakers in both the House of Lords and House of Commons who want to keep Britain in the EU’s trade regime -- which sets common external tariffs while allowing goods to travel freely within the bloc. She is also grappling with two options on what might replace it.

Her preferred plan is an untested program that would see Britain levying tariffs at EU rates after Brexit, providing refunds for goods destined to British markets if UK tariffs are lower. But members of her Brexit war cabinet favor by 6-5 a second option relying on trusted trader programs and technology. The EU has started to engage with May’s preferred choice, having previously said neither could work.

As a member of the customs union, Britain doesn’t have to comply with rules of origin for trade with the bloc’s other 27 members, because it levies the same tariffs as them to other nations on products at its external border.

Once it’s left the trading bloc, even if the EU and UK agree for their bilateral trade to remain tariff-free, the bloc is likely to want proof of the origin of products to ensure that cheap components from other nations aren’t using Britain as a back-door to bypass EU tariffs. The cost of compliance is estimated at about 2 per cent to 6 per cent of the total cost of a good, according to Lowe. Typically, free-trade agreements require about 55 per cent of the value of a product to stem from production in the exporting nation.

For Britain, that could pose a problem because in industries such as auto-making, only about 41 percent of the value of cars made domestically stems from local production, according to Lowe. The EU’s trade deals with Canada and South Korea allow for EU content to count toward the “domestic” total, and that principle is likely to extend to any UK-EU deal, Lowe said. But EU content wouldn’t count for British products sold to third countries, providing an extra hurdle to the UK’s aim of rolling over into bilateral deals the trade arrangements it currently has with other nations through its EU membership.

The government wants the business groups to complete the mapping exercise as soon as practicable, according to the people familiar with the issue. But with Britain due to leave the customs union after a 21-month transition period ends in December 2020, companies will need to understand the barriers they face sooner than that, they said. That’s because they may have to develop new supply chains or relocate production, both of which will take time. - Bloomberg