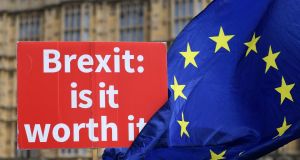 The story of the Irish diaspora has been told many times. We know all about Irish America, how Boston and New York are to this day full of people proud of their Irish heritage. Many other countries and cities around the world often come to mind when we think about Irish emigration, particularly of the 19th-century variety. One of the curiosities of that narrative is the relative invisibility of south Wales.

That’s odd. The proximity of Liverpool, in terms of distance at least, means that most people know that a lot of Irish emigrants ended up in one of the nearest English cities.

Wales can be so described but usually isn’t. In fact, south Wales, in particular, was the chosen destination of many emigrants from Dublin, Wexford, Cork and Waterford. To this day, there is an extraordinary proportion of Cardiff people with an Irish surname, along with a large number of Catholic churches and schools.

I was reminded of this the other day while walking along the Cardiff street that my own grandmother grew up on. Her parents had emigrated from Clonakilty and Waterford city in the late 1800s. They had 10 children, some of whom didn’t make it into adulthood, all raised in a two-bedroom terraced house with no running water.

Several assorted relatives also shared the house. I was raised listening to stories about what it was like to grow up in cramped accommodation lacking many of the facilities that we now take for granted.

My grandmother married a non-Catholic Welshman, a “mixed marriage” that caused no end of ructions. My grandfather often marvelled at the poverty of his adopted family who nevertheless contributed mightily to the building of a fine and ornate Catholic church a mere 50 yards from their front door.

That poverty must, I assume, have been nothing compared to the conditions that forced all those people to emigrate in the first place. It is an odd feature of the Irish in Wales that they assimilated almost immediately and assumed Welsh identity.

There have been few, if any, St Patrick’s Day parades in Cardiff over the past 150 years. The Irish in Wales became Welsh and, relatively speaking at least, freely chose that new identity. It’s a story worthy of further research.

Reminded of the past and the role that identity always plays in human affairs it is natural to reflect how these things are playing out in the current disaster that is Brexit. It is now commonplace to observe that the debate has identity at its core, as well as nostalgia for the past. Anyone looking for logic or reason is going to be sorely disappointed. Brexit is all about identity. The Irish know where that can lead.

Historian and former newspaper editor Sir Max Hastings this week took issue with the “double-breasted classes” who hanker for a return to the glory days of Britain’s past. He could have been speaking about those 10 children, most of whom witnessed two World Wars, a Great Depression, constant economic insecurity and the associated threat of renewed poverty.

Hastings probably had Boris Johnson in mind when he railed against the invoking of Churchill, usually spuriously. Hastings reminded us that war is always a matter of “innumerable personal tragedies, grief, waste and sacrifice, wholly evil and not redeemed by glory. Perish the delusion that we can have more fun flying spitfires.”

At the same time as moving the domicile of their personal hedge funds to Dublin, the Brexiteers proclaim an identity that is as mythical as it is dangerous. The 1950s figure large in the minds of these people. Hastings lists the dominant features of that time: a foreign policy (Suez) that ended in disaster; a policy motivated by a hankering after lost empire.

If today’s British moan about the speed of their broadband or the punctuality of their trains, they should be reminded of the difficulties in simply making a telephone call or a train journey back then, let alone their associated costs. As recently as the 1950s many homes were still as well equipped as the one inhabited by my great grandparents: heating and hot water were noticeable by their absence.

Hanging, flogging and white minority rule in Africa were all thoroughly approved of. Why, asks Hastings, are so many middle-aged politicians so keen to turn the clock back?

Brexit is having real economic consequences. Businesses are putting “no deal” contingency plans into operation. Fruit is rotting in the fields for want of foreign pickers.

“‘Help wanted’ signs are in every shop, restaurant and pub in tourist hot spots as traditional seasonal workers from overseas come to believe that “wanted” does not apply to them. Immigration from the EU is falling rapidly. Standards in service businesses have collapsed as middle class British children experience work for the first time: nobody has taught them how to smile or turn up on time.

No deal is now a real possibility. I’d put it at 50-50. The foreign exchanges have noticed: sterling is once again in gentle decline.

Brexiteer pursuit of a weird sense of identity and an ill-remembered past means that there could be much more of this to come.

1 Will your boss let you work long-term from home – or from abroad?
2 Plans for €2bn Dart expansion lure Bombardier to Dublin
3 Virgin Media unveils new entertainment platform
4 McGuinness faces Brexit and Covid grilling at parliamentary hearing
5 Subway bread too sweet for the Irish tax authorities
6 Wexford Solar bought by energy giant EDF in deal to build eight solar farms
7 AA Ireland bought by Olivier Sarkozy-led fund for more than €240m
8 Ryanair signals possible closure of Cork and Shannon airport bases
9 Not just another brick in the wall
10 Only half the homes needed this year will be built, construction event told
Real news has value SUBSCRIBE