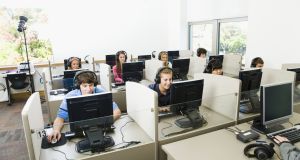 Key staff with share options in tech start-ups and other small businesses will pay less tax on these, and delay paying the bill, under a new scheme that is the centrepiece of the Government’s budget pitch to the enterprise sector.

He said Keep would “support SMEs in their efforts to attract and retain key employees in a competitive international labour market, by providing for an advantageous tax treatment on share options”.

Currently, key staff who are granted share options are hit with the tax bill as soon as the option is exercised (once they buy the shares). The gain also attracts marginal income tax rates, which can be more than 50 per cent.

Under Keep, the tax will fall to the capital gains tax rate of 33 per cent. It will also only become payable when the shares are sold and the gain realised. This means staff can pay the tax bill out of the proceeds of the share sale, instead of being hit with the bill upfront as soon as the shares are put into their name.

Speaking at a budget briefing in Government Buildings, the Tánaiste and Minister for Enterprise Frances Fitzgerald said “the business sector has been looking for this scheme”.

She said the Government hopes to secure “early” approval for Keep from European Commission competition and state aid officials.

Accounting and consultancy firm Deloitte said the Keep scheme would help eliminate problems faced by some start-ups, such as how to value illiquid shares for tax purposes.

But it expressed disappointment that the scheme was not extended to larger companies with share option schemes, such as multinationals.

In a further concession to the small enterprise sector, the Government said it was also increasing the earned-income tax credit for self-employed by €200 to €1,150.

The department said this was “a further step towards achieving parity with the PAYE credit”. The self-employed have long complained they are penalised in the system for tax credits, compared to PAYE employees.

1 Passengers face queuing in car parks at Dublin Airport
2 Why is Germany suddenly embracing its inner Keynesian?
3 Major credit union plans to limit savings accounts to €40,000
4 Reopening of shops may require temperature checks for customers
5 Brother is dragging his heels as executor of uncle’s will - is there anything I can do?
6 Domestic economy may get boost from multinationals
7 Woodchester founder Craig McKinney dies
8 Prospect of foreign travel highlights remaining restrictions here
9 Charles Hurst car dealer group plans 200 job cuts
10 Government restores hope to the tourism and hospitality sector
Real news has value SUBSCRIBE