Revised scheme removes some anomalies, but tax treatment may prove a bugbear 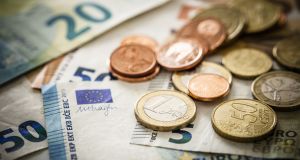 The Government hopes changes in the temporary wage subsidy announced this week will better achieve the scheme’s aim – to encourage employers to keep workers on the payroll throughout the coronavirus crisis and put the Irish economy in a stronger position to recover.

What are the temporary wage subsidy and the pandemic payment?

One week after St Patrick’s Day, the Government moved to support employers struggling to pay their staff due to the Covid-19 crisis and also workers who had been let go as a result of the economic shutdown to stop the spread of the virus.

Under the temporary wage subsidy, the Government agreed to pay 70 per cent of workers take home pay up to a limit of €410 a week for staff who employers kept on their books, even if they were temporarily off work.

The pandemic unemployment payment was a flat €350 a week payment (increased from an earlier €203 weekly payment) to those workers let go as a result of the Covid-19 crisis – as long as they were aged between 18 and 66.

Why has the Government revised the temporary wage subsidy scheme?

Put together in a hurry, the original scheme included some potentially unfair and counterproductive quirks. – including one that made it more beneficial for some lower-paid employees to be laid off rather than stay in their jobs, which was an outcome nobody wanted.

Acknowledging “imperfections and anomalies” in the original design, the Government announced changes this week that it hopes will better achieve the scheme’s aim – to encourage employers to keep workers on the payroll throughout the coronavirus crisis and put the Irish economy in a stronger position to recover.

The basic principle remains the same: employers apply for the scheme in respect of their workers and then receive subsidies by way of wage refunds from the Government. As of Friday, more than 30,000 employers had already received refunds by Wednesday and 45,100 had registered. but there is clearly capacity for greater sign-up as that amounts to around only one-quarter of Irish companies.

How will the revised scheme benefit part-time and other low-paid workers?

Employers were reporting that some of their part-time and lower-paid staff would be better off if they lost their jobs and claimed the Covid-19 Pandemic Unemployment Payment of €350 a week.

To address this anomaly, from May 4th, lower paid workers - those earning less than €24,400 gross a year, or take-home pay of less than €412 a week – will get 85 per cent of their weekly pay from Government rather than 70 per cent.

For those who were on €412 a week, that means a payment of €350 - equal to the pandemic unemployment payment. For those earning less, the Government says employers can top payments up to €350 a week – even if that means such employees are bringing home more than they were before the crisis began.

And what about people who were taking home more than €412 a week before the crisis?

The idea is that the employee will be better off where the employer continues to pay them some or all of the balance of the previous take home pay. Data from the Revenue Commissioners suggests that about 84 per cent of the 255,000 employees who had received a payment under the scheme by Wednesday had also received a top-up payment from their employer.

And, of course, they will still be employed when the economic shutdown ends.

Does everyone benefit from the changes in the wage subsidy scheme?

Are there changes for higher-paid employees?

Yes, but this is where it gets a little complex. For employees with previous net weekly pay of more than €586 a week or more (a gross salary of €38,000 or above), the subsidies will be applied on a tiered basis. The key is that no employee – apart from those taking home under €412 a week – can be better off under the scheme than they were before the crisis.

Where employers are paying 60 per cent or less of pay due out of their own resources, the Government subsidy will be available at up to €350 a week.

For workers getting between 60 and 80 per cent of their normal pay from their employer, the subsidy from Government will be €205 a week or less.

And where they are paying more than 80 per cent of the employee’s previous average net weekly pay, no subsidy is available.

What about those high earners who were excluded from the scheme?

Previously, those earning take home pay of more that €960 a week (equal to a gross salary of €76,000 or more) were shut out of the scheme. That has now changed, at least for those whose salary has now fallen below the €76,000 level. The amount they will get will again depend on how deep the cut the employee has suffered in their wage packet and it will be capped at €350 a week.

But what about tax?

This remains a controversial aspect of the scheme. The subsidies paid to employees are subject to tax – depending on your full-year income – but it won’t be deducted through the PAYE (Pay As You Go) system that people are used to.

This means that many workers whose employers have availed of the scheme will owe the Revenue money at the end of the year.

What we still don’t know is how that will be collected. It is unlikely, though not yet certain, that a lump sum will be demanded. More likely, Revenue will spread the tax owing over a period of time - possibly spread evenly over the 2021 tax year and deducted at source via PAYE.

But we just don’t know. It is likely to mean that people with an outstanding tax liability have to file an end of year tax return which will be a new, and possibly intimidating, experience for many.