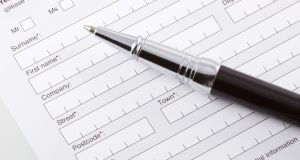 Some 20,951 companies were newly incorporated in 2016 in Ireland, an increase of 7.9 per cent on the previous year. (Photograph: iStock)

Some 20,951 companies were newly incorporated in 2016 in Ireland, an increase of 7.9 per cent on the previous year, while 8,302 companies were struck off the companies register for failing to file an annual return. The number of business names registered decreased however, with 24,848 registered last year.

According to the Companies Registration Office (CRO) annual report 2016, some 20 companies went into examinership in 2016, 14 of which were in a position to return to trading.

The number of receiverships initiated in 2016 increased on the previous year by 13 as some 340 companies entered receivership in the year. That’s significantly less than 2012, when 654 receiverships were initiated.

The CRO recorded an income of just over €20 million last year which included over €10.08 million in penalties paid by companies who were late in filing their annual return.

The 2014 Companies Act required private companies to opt for one of the new company types provided for. December 2016 marked the end of the transition period and, by then, over 37,600 companies converted to a private company limited by shares while 1,720 companies converted to a designated activity company limited by shares. Some 120,111 didn’t take any action and had their status automatically updated.

Commenting on the report, Tanaiste and Minister for Enterprise and Innovation Frances Fitzgerald said: “It is very heartening to see an increase in the number of companies being incorporated in 2016, the highest number since 1998, this shows that our entrepreneurship policies are working and that confidence in the economy is growing.”