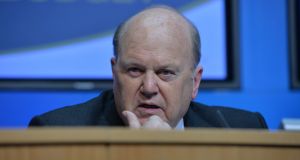 Minister for Finance Michael Noonan has said he cannot defend Apple taking advantage of “mismatches” in tax laws of different countries to minimise its tax payments.

The Government is appealing a European Commission decision that the iPhone maker owes the State some €13 billion in illegal state aid.

“Ireland is not seeking to defend the outcome achieved by the company,” Mr Noonan told members of the Oireachtas Committee on Finance, Public Expenditure and Reform on Thursday, referring to Apple’s legal use of Irish companies that were non-resident for tax purposes to lower its tax bill.

The Government in 2013 closed off a loophole that allowed Irish-based companies to be “stateless” from a tax point of view.

The commission “share a view that I shared and I still share that multinational companies, because of the mismatch of tax law in different jurisdictions, are not paying the amount of tax they should be paying,” Mr Noonan said. “I don’t think Apple worldwide were paying sufficient tax.”

However, the Government insists that the tax the commission believes Ireland should collect from Apple, going back 10 years, is actually owed in the US, where the technology giant’s intellectual property, research and development and management functions are based.

The Government’s appeal to the European courts is seen taking up to six years.

The Commission decided the Revenue Commissioners gave Apple an unfair advantage in two “rulings”, in 1991 and 2007, by allowing it to channel most of the income from European sales through “head office” divisions of two units in the Republic, which were non-resident for tax purposes. However, the State’s case is that only the profits generated by the Irish “branches” within these units, covering the activities of Apple in Cork, were subject to Irish tax.

Apple has said that “because our products and services are created, designed and engineered in the US, that’s where we pay most of our taxes”.

Accounts for the California-based Apple in recent years show that it has an effective 26 per cent group tax rate. However, much of this comprises billions of dollars of as-yet-unpaid provisions the group has taken for tax it faces in the US if and when it repatriates the money to its home country.

Its latest annual report also shows that, as of the end of September, Apple had not set aside any US tax provision for almost $110 billion (€101.7 billion) of international tax earnings generated by subsidiaries based in Ireland. This is because this amount is categorised as earnings which it plans to hold or reinvest “indefinitely” outside of the US.

Meanwhile, Mr Noonan indicated to the Committee that it may take months to finalise Apple’s transfer into escrow of money the European Commission says it owes the State on foot of the August ruling.

An initial deadline of January 3rd for the transfer, pending the outcome of the appeals process, was missed as the Revenue Commissioners sought to align the commission’s calculations of a €13 billion bill, plus interest, with Irish tax law.

The Minister said he has no reason to believe that the Commission’s figure is not in the “ballpark”.

“It is not unusual and not at all uncommon for member states to require more time for recovery,” Mr Noonan told the hearing on Thursday.

“I will provide an update on both the contract and the figures involved when the process has been concluded in the coming months.”

The Commission’s August decision “encroaches on member state sovereignty in the area of tax, by extending competition rules into the tax are to an unprecedented and unjustified extent”, Mr Noonan said. “By doing this, the commission creates uncertainty for business and investment in the European economy, both in its novel interpretation and long-standing rules and their unfair retroactive application.”

The State has spent €1.8 million on legal and other advice and services relating to the case. Mr Noonan said he couldn’t estimate how much it will ultimately cost.