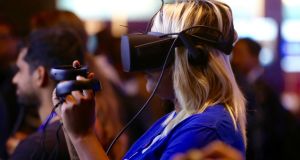 Activity in manufacturing has jumped on the back of stronger client demand from both the domestic market and overseas customers.

Investec’s purchasing managers’ index (PMI) rose to 58.1 in February up from 54.4 the previous month, the highest level since December 1999.

The survey said the latest rise in new orders was one of the strongest in the survey’s history, which dates back to mid-1998), while growth in new export orders firmed to the sharpest in almost three years.

“This marked increase in demand has, unsurprisingly, resulted in a further rise in backlogs of work, with November’s increase the fastest in the current seven month sequence of growth,” Investec Philip O’Sullivan said.

He also noted that this was in spite of the rate of growth in job creation accelerating to its highest since May and a slight uptick in stocks of finished goods -the first in five months.

In terms of margins, the survey showed the rate of input cost inflation quickened to a seven month high, with this latest rise attributed to increased raw material costs, including for aluminium, paper and plastics.

“Irish manufacturing firms were able to defray at least a portion of these cost pressures by upping output prices - as they have for 18 successive months now,” he said.

“The IMF’s latest projections show global economic growth accelerating to a seven year high of 3.7 per cent in 2018, so given the extent to which the Irish economy is leveraged to international developments we believe that manufacturers here are right to feel confident about the future,” Mr O’Sullivan said.

Fifteen seconds to sell: TikTok moves into social ecommerce with Shopify deal 16:10
BP swings back to small profit but warns recovery is uncertain 15:46
Saudi Arabia’s Zahid increases stake in Dalata Hotels to almost 10% 15:23
Customers say how companies act during Covid-19 reflects their trustworthiness 14:39
Housing crisis will be permanent unless there is radical rethink, industry warns 14:27