If growth arrives, Budget 2014 may be last of austerity series

Economics: For bailout exit plan to work, signs of acceleration need to be maintained 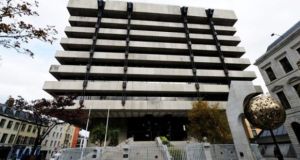 It’s been said many times but the simple truth about economic growth merits repeating: it cures all ills. A figure of 2 - 3 per cent growth, if it arrives, means that this is the last of the austerity budgets.

If the economy falls short, we will be back next year for more of the same. That’s the economics. Politically, if we are not growing again it will almost certainly be true that much of the rest of Europe will also be stuck in the doldrums. And that will bring the risk a resumption of the euro zone crisis: it’s not just Ireland that needs growth to make a reappearance.

Minister for Finance Michael Noonan spoke about this being the third year of economic growth.

Technically, depending on the growth measure we look at, that’s just about true.

A better description would say that the economy has been bouncing along the bottom. But for all of the plans to work, for a sustainable exit from the bailout, recent signs of an acceleration in growth needs to be maintained, or, better still, increase further. That’s what is embodied in the Government’s forecasts.

Taking €2.5 billion out of the economy doesn’t help the growth outlook of course, but it is a measure of the confidence of independent economic forecasters such as the ESRI that they expect the economy to deliver next year, notwithstanding fiscal contraction.

Do the measures announced today (in many cases pre-announced) add up to a coherent whole?

In many ways, the political imperatives behind budget set-pieces nearly always guarantee the outcome resembles a dog’s breakfast.

The budget process is not conducive to joined up thinking. Today’s glaring example is the announcement of free medical care for children under five.

Universal benefits paid irrespective of means or needs rarely, if ever, make any sense. It would seem that about the only possible rationalisation for this measure is Labour’s standing in the opinion polls.

The balance between spending cuts and tax rises is more or less as expected. The demands of the troika, driven by the logic of economics, always pushes government spending cuts rather than tax rises. Politics points in the opposite direction.

Politics demands discussion of ‘fairness’ and ‘equity’ but we rarely pin down what we mean by these terms.

In some fascinating tax tables published with the main budget documents, we are given illustrations of the very progressive nature of our tax system.

For example, Sean Healy of Social Justice Ireland recently proposed that high earners be taxed, all in, at 45 per cent of their total income - that’s an average rate of tax, not marginal.

I imagine he meant this as part of a tax hike policy for high earners. As it turns out, according to the Government, a single self-employed person on €120,000 will be handing over 44.8 per cent of his or her income to the State both this year and next. And close to 40 per cent of workers won’t be paying anything at all.

Ireland does have a problem with entrepreneurship: we don’t form enough new businesses.

As the Minister said, we have culture that encourages us to become employees not employers.

Job creation in any economy typically comes from small and medium sized companies, not from the corporate behemoths.

The measures he announced today are welcome but the necessary cultural change will take time and much more effort. But this is where the new jobs have to come from. As economists like to say, growth is a necessary but by no means sufficient condition.

The Government is forecasting a smooth transition back to economic sovereignty.

Growth will come from the export sector, with employment growth leading to a better outlook for the consumer.

The Government itself will not be making a contribution to growth for quite some time to come. It has done what it can: what happens next is largely out of our hands. It’s a funny kind of sovereignty that we are about to regain.