Ireland in crosshairs in debate on tax and multinationals 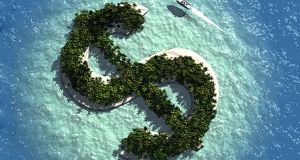 Multinationals and taxation: some countries see a chance to grab revenue for themselves, rather than to move towards something fair and efficient.

The spotlight on Ireland in the debate on the taxation of multinationals is relentless. An editorial in the latest edition of the Economist, refers to Ireland as a “haven” where big companies like Apple and Amazon “stash their intangible capital” allowing them to “ pay too little tax elsewhere”.

Ireland may feel hard done by. After all, the big players are moving their intellectual property assets to Ireland because they are under pressure to have no dealings with traditional tax havens like the Cayman Island and Bermuda, where these assets were previously held.

And Ireland does not meet the traditional definition of a tax haven, though it must be said that there is more than a touch of semantics about this.

Sometimes in their demands that Ireland be recognised as an open and transparent system, the Irish Government and foreign direct investment (FDI) and tax lobbies protest too much. Ireland has been part of a chain of countries used for international tax avoidance by US multinationals. Importantly, the latest tax changes in the US are going to lead to companies paying a bit more tax.

The Economist is correct when it writes that the international tax system needs reform for the 21st century and that, for corporation tax, the role of intangible assets is particularly important. However, reform is politically difficult, yielding losers as well as winners.

In terms of personal taxation, for example, it makes perfect sense to increase tax on property and reduce tax on income, particularly payroll taxes, but introducing this level of change would be political dynamite.

For corporate tax, Ireland has little choice but to participate in the global reform effort. But the problem with these reform efforts is twofold. First, many of the changes threaten even greater complication. And second, some countries see the moves as a chance to grab revenue for themselves, rather than to move towards something which is fair and efficient.

Ireland thus faces the delicate task of accepting some – inevitable – change, fighting off attempts to grab some of the corporate tax revenue paid here and hoping that changes do not take a chunk out of our FDI. The outcome is uncertain, but what is clear is that we are on the defensive.