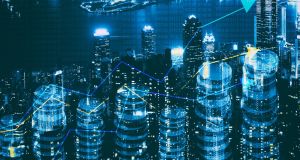 By 2024 advanced economies will produce about 1% less output than their pre-pandemic growth path, according to the IMF

Most advanced economies will emerge from the coronavirus crisis with little lasting damage thanks to the relatively rapid rollout of vaccines and their willingness to increase sharply public spending and borrowing, according to the IMF.

The likely success in managing the economic fallout from the pandemic will not be replicated in emerging economies, however, highlighting the divergence in economic fortunes, the fund said.

Even with differing fortunes, the global economic outlook had improved notably since the fund’s previous forecasts at the start of this year, it said on Tuesday, revising upward its expectations for almost all countries.

It also revised down the estimated scale of the contraction in global output caused by the advent of the pandemic last year.

The fund’s projections suggest the economic legacy of the pandemic will be nothing like the 2008-09 financial crisis, which left countries nursing a hangover of weak growth for a decade afterwards.

By 2024 advanced economies will produce about 1 per cent less output than their pre-pandemic growth path, according to the IMF forecasts. In contrast, after the 2008-09 recession they suffered a gap of more than 10 per cent.

Overall, the pandemic’s economic impact is “much smaller than the [2008-09]global financial crisis”, said Gita Gopinath, the fund’s chief economist, adding that advanced economies “are getting very little [economic] scarring and [in] the US [there is] effectively no scarring”.

The fund was particularly bullish about prospects of a rapid US recovery without inflationary pressures. Ms Gopinath said: “The US is really the only large economy whose [economic output] for 2022 is projected to exceed what it would have been in the absence of this pandemic.”

However, the IMF noted that the economic and social pain of the crisis had hit certain countries, and groups of people within countries, much harder than others. Parts of Europe that are suffering another wave of coronavirus are likely to take longer to recover, but the IMF was optimistic that the EU would catch up with other advanced economies such as the US in just a few years.

By 2024, the IMF expects that even many of these lagging European economies will have almost returned to their pre-pandemic growth path.

That is largely because advanced nations and their companies have proved much more resilient to lockdowns than the fund had previously expected.

By contrast, the IMF expects the crisis to be a lingering drag on emerging economies where, with the exception of China, economic output in 2024 is forecast to be almost 8 per cent below the level the IMF had expected before the pandemic.

Nations most at risk of a sluggish recovery are emerging economies with little access to Covid-19 vaccines, those with weak public finances and those that are heavily dependent on tourism, the IMF said.

The hit to emerging economies in the short term will be compounded by the interruption of schooling during the pandemic, which has taken what the fund described as a “severe toll” on education in poorer countries because they have only limited capacity to deliver schooling online.

Ms Gopinath said there was little cause for immediate concern about the unprecedented levels of fiscal stimulus on both sides of the Atlantic driving a rise in inflation because global forces were likely to keep a lid on price rises and there was no sign yet that central banks or governments would lose control.

However, it highlighted the risk that the US might need to lead the world in tightening monetary policy rapidly if inflationary pressures did rise rapidly. This could hit emerging markets particularly hard by driving capital flight back to developed economies.

However, there is no sign so far that US president Joe Biden’s $1.9 trillion (€1.6 trillion) stimulus has destabilised international markets, Ms Gopinath said, flagging that as an encouraging sign. – Copyright The Financial Times Limited 2021