How to avoid the mistakes of the Celtic tiger

Opinion: There’s a need to strengthen public service and beef up job supports and investment in local firms 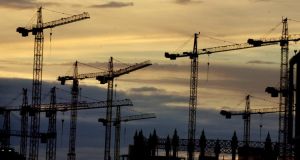 ‘It was not simply a case of ‘everyone partied’ , nor of individual examples of bad behaviour in private and public institutions. In fact, there were deeper problems in Ireland in the Celtic Tiger years.’ Photographer: Dara MacDónaill

As Ireland sits on the edge of possible economic recovery, we face many of the same choices as in the early 2000s. Having ducked those choices then, there is a risk we will make the same mistake in the crucial years before us. How can we avoid this?

It was not simply a case of “everyone partied” , nor of individual examples of bad behaviour in private and public institutions. In fact, there were deeper problems in Ireland under the Celtic Tiger.

First, reduced capital gains tax and lax regulation gave private finance the power to make most of the investment decisions for society – which then misallocated most resources to property development and financial speculation. The financial regulator was weak but the private institutions supposed to control this behaviour – the stock market, centralised management, market competition and credit rating agencies – also failed to do so.

Second, monetary union and integration of financial markets in Europe hollowed out the European model and made the euro zone a playground for speculative finance. The European Union that invested heavily in Ireland in the 1990s enabled the financial flows that grew Ireland’s financial and property bubble out of all proportion to the size of its economy.

Third, Ireland’s economic and social model emphasised low rates of taxation on income and business and left our public finances deeply vulnerable to shocks. Worse still, the facade of full employment masked low employment participation rates and a failure to invest in upskilling our working-age population. In the boom, rising spending was built on the sand of a weak tax base. In the crisis, these foundations collapsed.

Investment in European infrastructure and communities has been reduced when it was needed most and Europe’s political power is used in a one-sided manner to enforce discipline while neglecting the potential to enable member states to rebuild towards a “European model”. A key part of this European model has been social solidarity, underpinned by strong shared social services. Ireland is getting its deficit under control but at a huge cost to public services. At the peak of the bubble in June 2008, the OECD said Ireland had a small public service compared to most European countries – and public employment has fallen since then.

Furthermore, as increasing pressure builds for tax cuts, there is a serious risk Ireland will return to a model based on a thin revenue base and a weak social contract. Most fundamentally, Ireland needs to recover through not only rebuilding the economy but by also stitching a new social contract into the fabric of the economy itself. Macroeconomic policy needs to become more strategic and creative, making selective investments and rebuilding demand and competitiveness. The new Government Economic and Evaluation Service should be able to provide the expertise to assess how we can combine key investments with management of the debt.

For citizens, the efforts to reform training and employment services will be crucial in supporting the development of the workforce and in tackling exclusion and inequality.

In a symposium today at NUI Maynooth, European experts will discuss the potential of this second “social investment” approach.

Public services must play a key role in recovery and reconstruction. A complex society and economy will require healthy, educated, active citizens and communities – and the societies that develop this best are those with effective and expansive public sectors. Ultimately, a sensible but creative macroeconomic policy; key investments in firms and citizens; and the ability to improve our public services will be crucial to whether this fragile recovery leads to a reconstruction that gives meaning to the sufferings of the past six years.

Seán Ó Riain is author of The Rise and Fall of Ireland’s Celtic Tiger and is co-director of the masters in work, Labour markets and employment at NUI Maynooth

Stocktake: Another incredible week for Tesla 05:50
Stocktake: Exuberant markets close to ‘full bull’ 05:40
Twitter’s terrible fleets must be stopped 05:32
Workers have little idea of the cost of retirement income 05:31
How to gift your child a house deposit . . . tax free 05:30