Housing adds another €11,400 to cost of moving executives 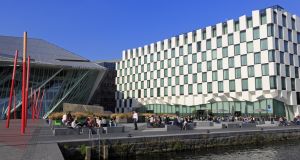 Rapidly rising accommodation prices added €11,400 to the cost of moving executives to work in the Republic over the last year, a new survey claims.

London-based Employment Conditions Abroad (ECA), which advises businesses on the cost of moving staff to different countries, says the Republic has entered the top 20 most expensive places to send expatriate executives for the first time.

Its yearly MyExpatriate Market Pay report estimates that the average pay deal for a “mid-level” expatriate working here rose €11,395 to €198,682 last year as accommodation and other essential costs rocketed.

ECA’s report surveys the cost of salaries, benefits and tax in countries around the world. The benefits it weighs include allowances to cover accommodation, school fees, utilities and cars.

The firm maintains that the cost of these benefits rose 14 per cent or €8,820 more on average than any other country in its rankings.

Dublin rents entered ECA’s list of the top five most expensive in Europe for the first time, averaging €3,406 a month for a mid-range, three-bed apartment.

“Benefits costs have increased notably due to the rise in accommodation and rental fees,” said Oliver Browne, ECA’s remuneration manager.

The news will further fuel the debate over the impact that the housing crisis is having on the Republic’s ability to continue luring the multinational investment that it needs to create jobs.

Many business groups fear that rising living costs combined with high taxes could deter companies from locating here as they make the State less attractive to executives needed to work on such investments.

Mr Browne pointed out that salaries paid to such workers actually fell by €965 or 2 per cent a year, but swelling accommodation and living costs more than offset this.

1 Pilita Clark: Managing ‘meeting monsters’ to get work done
2 Chris Johns: Economies may enjoy ‘roaring twenties’
3 Covid-19 weighs on law firms as two in three see revenue drop
4 RTÉ challenges producers on Saturday night quiz show
5 ‘They’re not making any more land, so it will be valuable’
6 Basic income for all: Has the Covid crisis given us a new economic model?
7 Hospitality sector may take four years to recover - Supermac’s
8 LinkedIn delivers; winning and losing at Supermacs; and managing meeting monsters
9 Unilever’s Dutch and British arms merge after 90 years ahead of Brexit
10 ‘I don’t need to do any of this. . .I don’t actually need to work.’
Real news has value SUBSCRIBE