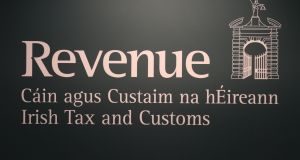 The 10 largest cases are likely to include the €1.6bn claim made by Revenue on drug company Perrigo. Photograph: Nick Bradshaw

Just nine large companies are disputing an “enormous” €2.5 billion in tax payments demanded by the Revenue Commissioners, The Irish Times has learned.

According to figures supplied by the Tax Appeals Commission (TAC), which adjudicates on disputes between the taxman and taxpayers, a total of €2.48 billion is in dispute across nine cases.

The TAC is called upon in cases where taxpayers – in this instance, large companies – disagree with demands for tax paid by Revenue. Three cases are for sums of corporation tax greater than €100 million, according to figures supplied by TAC to the Public Accounts Committee (PAC).

In total, the amount in dispute across the 10 largest cases is €2.517 billion. While all the cases are anonymised as they deal with confidential taxpayer information, they are likely to include the €1.6 billion claim made by Revenue on drug company Perrigo, which emerged late last year. The company appealed that finding, which precipitated shareholder unrest and a significant drop in the company’s stock market value, last December.

The usual practice is for a company not to pay tax which is in dispute, industry sources said, although in some instances it can be paid over and claimed back – with interest – if the commission finds in favour of the company.

Opposition politicians have raised concerns over the level of tax in dispute, as well as the concentration of such a large sum of tax disputes across a small group of companies.

Fianna Fáil finance spokesman Michael McGrath said that “the fact the top 10 appeals on hand involve disputed tax of €2.5 billion once again undermines the heavily concentrated nature of our corporation tax base in the hands of a small number of very large companies. This is an enormous amount of tax in dispute and it is in the taxpayers’ best interest that the cases are concluded in an efficient manner.”

However, the document sent to PAC shows that there is little likelihood of determinations this year in the majority of cases. The appeals commission predicts that final judgments will be delivered in just two cases.

Labour Party finance spokeswoman Joan Burton also called on the Government to increase resources for the TAC in light of the new figures. “Previously the Minister has indicated that tax appeals outstanding overall amount to circa €10 billion. This all indicates an urgent need for more resources to handle this very specialised area of taxation.”

The TAC is dealing with a massive backlog of cases, with 14 staff last year working on 5,000 cases.