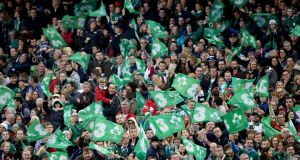 A Luxembourg company that provides indirect financial support to 3 Ireland, is among the latest batch of entities found to be availing of secret tax deals in Luxembourg.

Hutchison Whampoa Europe Investments Sarl (HWEI) – part of the sprawling Hong Kong conglomerate – is an intra-group finance company that borrows money from group companies and lends it to other group companies within and outside Luxembourg.

It provides finance to Hutchison 3G UK Holdings Ltd, owner of the 3 mobile network here, which bought O2’s Irish business last year. 3 sponsors the Republic’s soccer team and Ireland’s rugby team, and has the naming rights on the former Point Theatre in Dublin.

The 1/64th of 1 per cent rate is quoted in an advanced tax agreement between the Hutchison Whampoa group and the Luxembourg authorities, negotiated in 2007 by PricewaterhouseCoopers in Luxembourg.

The company is based at Maison de l’Europe, 7 rue du Marché-aux-Herbes, a three-storey building that also houses the offices of the European Commission in Luxembourg.

The agreement said that, given the sums involved, and the “back-to-back” nature of the funding through the group structure in Luxembourg, “a spread of 1/64 [of 1] per cent on the overall principal amounts in back-to-back position should be an appropriate and acceptable profit with respect to general transfer pricing policy”.

The agreement said that the back-to-back funding flowing through the Luxembourg structure (which would include a number of companies) would only be taxed as it passed through one of the companies, and that this would normally be Hutchison Whampoa Europe Investments.

Hutchison 3G Ireland reported a loss of €56.6 million in 2013, on a turnover of €179.9 million. It paid interest to group affiliates of €27.2 million and had interest-bearing loans of €1.13 billion from group affiliates at the end of the year.

The company’s auditor is PwC Ireland.

The Hutchison Whampoa group is quoted on the Hong Kong Stock Exchange and had a global turnover of $53 billion last year. It has interests in ports, property, hotels, retail, energy and telecommunications companies around the globe. A spokesman for the group said it did not wish to comment.

PwC Luxembourg has said it does not comment on its clients affairs. It said tax advice and assistance given by it to its clients is “given in accordance with applicable local, European and international tax laws and agreements and is guided by a PwC Global Tax Code of Conduct”.