Companies need to prepare for a hard Brexit without a transition period, says Ed Sibley 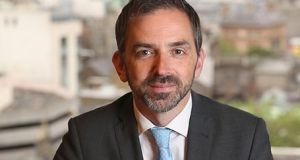 A hard Brexit with no transition period is increasingly likely, the Central Bank’s deputy governor Ed Sibley has warned.

In a speech delivered at a Financial Services Ireland event in Dublin on Tuesday, Mr Sibley said it was “entirely plausible” that a hard Brexit would happen and that companies need to prepare for such a scenario.

Speaking on Brexit, Mr Sibley said it would have a “direct and negative” impact on the Irish economy.

Mr Sibley said Breixt was one of the Central Bank’s biggest priorities and that it had dedicated its most senior and experienced supervisory and regulatory experts to work on it.

“Firms that are engaging with us will find us open, engaged and pragmatic. But they will not find that we are willing to compromise on the need for governance and control arrangements to be commensurate with the size, scale and complexity of operations,” he said.

“The long term strength, reputation and functioning of Ireland as a financial services centre would be poorly served by the Central Bank engaging in a competitive race to the bottom by allowing ‘shell’ or ‘briefcase’ firms to relocate here.,” Mr Sibley added.

The deputy governor also advised against easing regulations introduced since the economic crisis and warned that financial firms are not investing enough to combat cyber-security risks. He said that this area will “feature strongly” in the regulator’s plans for 2018 and beyond.

However, Mr Sibley said that the Central Bank’s evidence from it’s “increasingly intrusive IT risk supervision indicates that neither the spending nor the governance and control arrangements are adequate to satisfactorily mitigate these risks”.