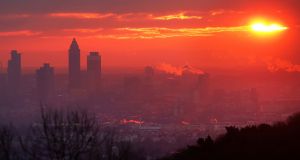 German companies will be forced to reveal their gender pay gap to individual workers, under a law that comes into force on Saturday. (Photograph: Michael Probst/AP)

German companies will be forced to reveal their gender pay gap to individual workers, under a law that comes into force on Saturday.

The measure grants female employees the right to learn how their salary compares with male workers in corresponding jobs. It can also be used by men who feel they are disadvantaged compared with female workers, although in practice officials believe that scenario is unlikely. The law applies to both the private and public sectors, provided the workplace has more than 200 employees.

The new right to information comes into force at a time when gender pay gaps are under scrutiny — and under attack — as never before, across all sectors of the economy.

The issue is particularly acute in Germany, which has one of the worst records in Europe when it comes to equal pay. According to EU data, German women are paid on average 22 per cent less than men, the biggest difference after Estonia and the Czech Republic. The average pay gap across the 28 member states is 16 per cent.

Business leaders have voiced sharp criticism of the new law, which they say imposes an undue burden on companies without an evident pay-off. “Despite an economic boom and record employment the law paints a horror vision of social dislocation and injustice. Fact is: In Germany women and men are paid the same for the same work at the same employer,” said Steffen Kampeter, the director-general of Germany’s BDA employers’ federation. He described the new law as a “massive intervention” and its rules “highly complicated”.

Germany’s Family Ministry says that the gender pay gap is the result of several factors: women tend to be over-represented in low-paying sectors and under-represented in senior position, for example. Their careers are also often interrupted by long stints devoted to childcare. But the ministry insists that discrimination and a lack of transparency surrounding pay also play a critical role, which the new law is trying to fix.

According to a spokeswoman for the Family Ministry, the provision intends to “help break the taboo that says ‘you don’t talk about money’”.

Germany already prohibits companies from paying different wages to men and women who do the same or similar work. In many cases, however, the workers are unaware of the pay gap or unable to prove that such a gap exists. Under the new law, and individual has the right to ask their employer to explain how his or her salary measures up to that of a group of comparable employees.

Dubbed the Entgelttransparenzgesetz, the law on pay transparency mirrors legislation that already exists in 11 other EU member states. The law itself entered into force last year but the new right to information became effective only on Saturday. - Copyright The Financial Times Limited 2018.

1 Should my mam wait for house prices to drop before buying?
2 Covid-19 mortgage breaks: What’s the catch?
3 Almost 70% of home buyers to purchase within next year
4 Brother is dragging his heels as executor of uncle’s will - is there anything I can do?
5 Covid-19 takeover of private hospitals to cost insurers €180m
6 Revenue faces US drug company Perrigo over disputed €1.64bn tax bill
7 Dublin drops out of top 50 in ranking of best cities for start-ups
8 Consumer watchdog tests face masks to ensure they meet standards
9 Olympic nostalgia a reminder of Eurosport’s big play
10 Cheers: Conor McGregor's whiskey races up the sales chart
Real news has value SUBSCRIBE