Exporters in for tough time as sterling nosedives

As Bank of England cuts rates, economists warn currency will probably stay on soft side 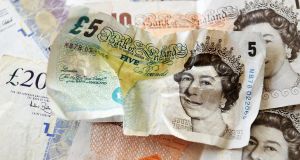 The Bank of England has cut interest rates for the first time in seven years and announced a package of monetary stimulus measures aimed at limiting the negative economic impact of Brexit. The bank’s monetary policy committee voted unanimously to cut interest rates to 0.25 per cent, signalling that it will cut them further if necessary.

The committee said the outlook for economic growth had got worse since the referendum and Bank of England governor Mark Carney said he expected unemployment to rise over the next two years. He said, however, that although there would be little growth in the second half of this year, he believed the monetary policy measures would mean Britain is likely to avoid a recession.

“If we hadn’t taken the steps we have taken, output would be lower and unemployment would be lower. We would have achieved a poor balance in returning inflation to target,” he said.

“With all forecasts there are risks on either side. We have, in actions we have taken, through multiple channels, improved the economic outcome for this country. There will be less unemployment.”

“This is a response which will make this process of negotiations, transition, and ultimately Brexit, more likely to be a success,” he said.

Meanwhile Goldman Sachs has said the UK’s vote to leave the EU might force it to “restructure” some UK operations, in one of the clearest signs from a Wall Street institution that is was preparing specific actions following the vote.

“There is a clear case for stimulus. This is about cushioning the shock and ultimately making this a success,” said Mr Carney. The Bank of England will create an extra £60 billion (€70.7bn) to buy government bonds, extending its quantitative easing programme to £435 billion; it will buy up to £10 billion in corporate bonds to help companies generate economic activity; and make up to £100 billion in extra funding available to banks, to ensure that the benefit of the rate cut is passed on to borrowers.

“I think sterling will remain on the soft side and this is something that quickly tends to feed into a weakening in exports, said Austin Hughes, chief economist at KBC Bank Ireland.

Mr Hughes said most analysts have been prepared for sterling moving between 85 pence and 90 pence versus the euro.

“It’s not entirely surprising that sterling has fallen again but it does warn of downside risks to exports,” he said.

“We are still in a situation where companies here can manage but I think the risk of further weakening would push low margin companies quite a bit and they tend to be the ones that don’t usually have the expertise or the wherewithal to hedge exchange-rate risks,” Mr Hughes added.

Economists at Investec said the bigger than expected breadth of the Bank of England’s package had proved effective in the initial eyes of markets.

Dr Esmond Birnie, PwC chief economist in Northern Ireland, said it is questionable to what extent it will stimulate economic activity in the North and inspire confidence. He said borrowing costs are already extremely low for businesses and the cut in interest rates could prompt sterling to weaken further which would add to inflation and business costs. However, Dr Birnie said there was also the prospect that the move by the Bank of England could create opportunities for local firms.

1 Majority of employees don’t want to return to pre-Covid working patterns
2 Homeworking is depriving me of juicy gossip
3 If tourists are such pariahs should we not be testing them on arrival?
4 Tobacco giant’s menthol-ban substitutes take 5% share of Irish market
5 Investors in Irish solar energy fund in line for €20m payout
6 Varadkar and Donohoe to meet banks to discuss mortgage breaks
7 Norwegian airline sued in Dublin by inflight caterer
8 Construction activity rebounds as sites re-open
9 BT warns that banning Huawei too fast could cause outages
10 ‘My rent here is so low it’s a joke’
Real news has value SUBSCRIBE