EU publishes negotiating papers relating to trade talks with US 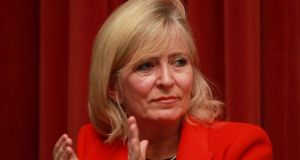 Emily O’Reilly: “US resistance to publishing certain TTIP documents is not in itself sufficient to keep them from the European public.” Photograph: Nick Bradshaw

EU-US trade deal negotiations, European ombudsman Emily O’Reilly has said as the European Commission bowed to pressure and published a number of negotiating documents relating to the talks.

In an unprecedented move EU trade commissioner Cecilia Malmstrom announced yesterday the EU would publish legal texts relating to eight subject areas and position papers on a number of other topics.

It is the first time the EU has made trade documents publicly available while bilateral trade talks are ongoing, and follows accusations from some interest groups that the ambitious Transatlantic Trade and Investment Partnership (TTIP) is being negotiated in secrecy.

The Swedish trade commissioner said the publication of the documents would help to counter some of the “myths and misconceptions floating around” regarding TTIP.

“In order to have inclusive and good debate on TTIP we need to demystify, to clarify. We need to explain and we need to show what is in the agreement and what is not,” she said, vowing to publish further texts and proposals as they become available.

While welcoming the “real progress” made by the European Commission on the issue, she said further steps were needed to increase the legitimacy of the negotiations in the eyes of the public.

These included a need for “greater proactivity” concerning the publication of minutes of meetings with lobbyists, the establishment of a “comprehensive list” of public and non-public TTIP documents, and a requirement that EU negotiators should only meet with representatives registered in the EU’s Transparency Register.

The European ombudsman is responsible for investigating claims of maladministration within EU institutions.

“I am aware that the commission at times needs to talk to the US confidentially to be able to negotiate effectively. However, US resistance to publishing certain TTIP documents is not in itself sufficient to keep them from the European public.”

The next round of negotiations commence next month.