ESB and Ervia tapped for €250m to pay for housing scheme

Decision to draw down ‘special dividends’ made over weekend before budget 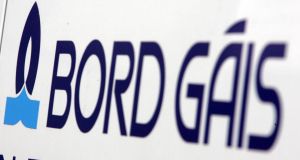 An explanatory note with the budget said some of the extra cash would be drawn from the proceeds of the Bord Gáis Energy sale.

The Government made a late decision over the weekend to tap ESB and Ervia, the State-owned former Bord Gáis Networks, for an extra €250 million to help finance the social housing package that formed the centrepiece of the budget’s capital investment programme.

On Friday, the Government published its white paper on income and expenditure for 2015, which included an estimate of non-tax income for the State next year of €2.635 billion. By the time the budget was announced on Tuesday, that figure had increased to €2.955 billion.

In documents published with the budget, government officials said €250 million of the extra €320 million would come from special dividends relating to ESB and the sale of Bord Gáis Energy.

A spokesman for the Department of Finance said the special dividends had not been included in the figures published on Friday because the “capital spending decisions [including the housing budget] were not fully completed” at that time.

The department said that only after the housing investment scheme was agreed was the decision taken to “draw down” the cash from the two semi-States. It confirmed the extra €250 million was “over and above” whatever dividends had already been pencilled in.

An explanatory note with the budget said some of the extra cash would be drawn from the proceeds of the BGE sale, while some would come from “further asset sales from the ESB in 2015”.

ESB, however, said it will not be selling off any more assets next year. The company is likely instead to borrow any further special dividends it pays the State, after pulling the sale of two power plants earlier this year.

ESB said the 2015 special dividend was part of the €400 million it had already promised the government.