EC steps up inquiry into sweetheart deals for multinationals

Investigation extended to cover arrangements for holders of patents 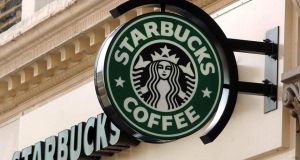 The move against Luxembourg was being seen yesterday as indicating the importance the EU’s anti-trust regulator is placing on its scrutiny of tax deals several European countries have offered the likes of Starbucks and Apple. Photograph: PA

Brussels has stepped up its inquiry into alleged illegal sweeteners offered to multinationals by expanding the investigation to cover arrangements for holders of patents.

It was already known that an inquiry by the European Commission into tax rulings was looking at certain jurisdictions, including Ireland. It has now emerged that the probe is also looking at the taxation of intellectual property and so-called patent boxes that provide relief on tax on patent income.

Yesterday, the commission disclosed that it had issued a formal injunction requiring Luxembourg to co-operate with the inquiry, saying the jurisdiction had “failed to adequately answer previous requests for information” on the grounds that it impinged on “fiscal secrecy”.

A spokeswoman for the Department of Finance said Ireland would continue to co-operate with the commission and provide all relevant information required for its inquiries.


Scrutiny of tax deals
The move against Luxembourg was being seen yesterday as indicating the importance the EU’s anti-trust regulator is placing on its scrutiny of tax deals several European countries have offered the likes of Starbucks and Apple.

Since informal inquiries were launched last summer, the investigation has stretched to at least five countries – Ireland, Luxembourg, the Netherlands, Belgium and Gibraltar – and is led by some of Brussels’ most seasoned investigators.

The investigative or information gathering phase may or may not lead to a formal state aid inquiry, but if it does this will be officially announced.

Tax rulings are comfort letters by the tax authorities addressed to individual companies on specific tax matters. They are not on their own problematic under EU state aid rules, but are if they provide selective advantages to companies or groups of companies.

The commission’s inquiry is seen as a new front in the global clampdown on tax evasion.


Havens
It has only recently emerged that the inquiry is investigating schemes governments are using to attract patents to their shores. The Hague, Dublin and Luxembourg have all faced claims that they are providing havens for companies seeking to cut their tax bill worldwide.

Should the commission find evidence of illegal state support it can require all revenue lost from unlawful sweetheart deals to be recouped. In past cases related to tax breaks, however, it has not pressed for repayments.

The commission said that as Luxembourg had failed to adequately answer previous requests for information, it had adopted two information injunctions ordering Luxembourg to deliver the requested information within a month. Should Luxembourg refuse, the commission may refer the issue to the EU Court of Justice. – (Additional reporting: Financial Times service 2014)