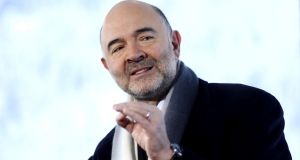 Multinational companies face severe constraints on their ability to avoid taxes on their activities in Europe as regulators seek to close loopholes laid bare by the LuxLeaks scandal.

Pierre Moscovici, the EU’s tax policy chief, will set out plans next week to curb practices such as using debt interest payments to lower tax bills or shifting profits to minor subsidiaries in low-tax nations.

“The schemes targeted by this directive involve situations where taxpayers act against the actual purpose of the law, taking advantage of disparities between national . . . systems,” the document says. This is one of the EU’s most far-reaching steps yet to seize the initiative in the wake of LuxLeaks.

The LuxLeaks revelations emerged in 2014 after a six-month investigation by The Irish Times and other media members of the International Consortium of Investigative Journalists. – Copyright The Financial Times Limited 2016