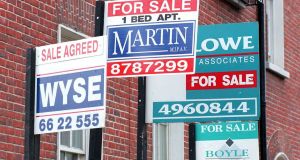 Housing and house prices are a problem in many – perhaps most – major economies. Policies to deal with this are often easy to design but fiendishly difficult to implement. When it comes to property, vested interests lead to usually sane people instantly losing their marbles.

If the Irish Government found it impossible to devise a reasonable water taxation policy, the political fallout from dealing with housing makes it nearly impossible to see how they, or any other national government, will ever have the necessary political capital to deal definitively with housing supply and prices.

The first problem is with principles. Profits – at least – from owning land and property should be taxed more than they are. It’s something that just about every economist on the planet agrees on.

The only debate is really over the structure of that taxation: just how big should the taxes be and who should pay them?

Taxing land and property, including the unused variety, is an efficient and effective way of raising public funds. But good luck with trying to implement this. Economists may shrug their shoulders at the way in which they are ignored by politicians but they should take some of the responsibility: they need to craft their messages better and think carefully about just why the links between what we know to be true and actual economic policy are so broken.

Of course, it’s not just with property taxation that settled economics is not translated into better policymaking. The great financial crisis revealed a huge gap between what is generally accepted in the economics profession and what politicians actually do. Most of Europe’s austerity policies were hopelessly constructed and flew in the face of orthodox economics. This one will be revisited during the next recession.

Back to housing. We know we need better policy design, not just in the area of taxation. The need to build more houses and apartments requires reforms of the planning process. Almost everyone seems to know this, yet little appears to change and the improvements we see take an age to implement. Nimbyism, of course, is rife: those vested interests again.

One of the better consequences of the financial crisis was improved regulation of the financial system, particularly the banks. High house prices in the past were often in part caused by daft lending policies: the banks lent too much money to people who couldn’t afford to pay it back. More generally, without a supply of ample credit, house prices are less likely to rise to unsustainable or problematic levels.

Although banking regulation is ultimately a matter for politicians, in many jurisdictions it has effectively been devolved to central bankers or other institutions that sit at least one remove from the political process. Banks typically have to hold much more capital than before so that losses, when they inevitably occur, are borne more by shareholders than by taxpayers.

The reforms have been far from perfect. Again, many economists are in agreement that banks should be forced to hold even more capital than at present. It’s hard to disagree. But things have improved. Capital restrictions and other rules mean that banks, in Ireland and elsewhere, can’t be quite so gung-ho as they were in the past.

Better regulation does mean there is less chance that house price bubbles will occur. There is no guarantee of this. Bubbles can happen for all sorts of reasons, but, if the credit channel is restricted, at least we wont repeat one mistake of the past.

There is some tentative evidence that this is working. Both official data and, particularly, anecdotal evidence suggests that Dublin prices, at least, have stopped rising. Houses, particularly at the top end in south Co Dublin, are taking longer to sell and there is much dinner party chatter about big discounts being forced on sellers.

Curiously, signs of a peak in frothy housing markets are present in lots of countries. In Australia, previously seemingly immune from the downside of both the business cycle and property busts, there are dark mutterings of prices coming off the top.

Another country where house prices could, apparently, only go up, is Canada. There are also one or two signs there, finally, of a turn in the housing market. And, of course, there is the UK. Official statistics in Britain are finally catching up with all those anecdotes: prices are falling, at least in London. If that continues, the rest of the country can’t be far behind.

All of this might be coincidence: local factors could be entirely at work in each of these markets. When we talk about globalisation, we rarely think that extends to house prices: but it is an interesting and unexplored possibility. Global house prices could be on the turn. This one is worth watching.

All of this could be, in part at least, because of the sensible behaviour of the regulators. It could be happening because of lots of things. But, if it is sustained, it will be greeted with cries of woe. Of course, it should be a cause of celebration: overvalued house prices are pernicious and distorting.

1 ‘My rent here is so low it’s a joke’
2 ‘Sad day’ for House of Ireland as tourism retailer goes out of business
3 Goodbody’s planned €155m sale to Bank of China falls through
4 Legal tech start-up aims to make DIY divorces easier and cheaper
5 This charming man: how Paschal Donohoe won the Eurogroup presidency
6 Will family’s tax debt stop me getting my inheritance?
7 Ryanair accuses ‘screen scrapers’ of blocking refunds
8 Voxpro founders invest €250,000 in Republic of Work
9 The property developers who survived the crash
10 Is Ireland’s booming economy just an illusion?
Real news has value SUBSCRIBE