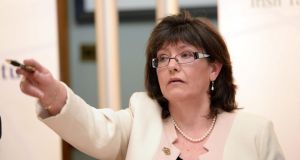 Josephine Feehily: Tax and how much of it you pay is now the number one corporate governance issue for well-known global brands. Photograph: Eric Luke/The Irish Times

The announcement by George Osborne, the UK’s Chancellor of the Exchequer, of a so-called Google tax, illustrates at one and the same time a number of the forces that are driving the current global agenda on multinationals and taxation.

First of all, there is the focus on a well-known brand as a “baddie” in a debate that is a near-constant on the front pages of newspapers and news websites around the globe.

Tax and how much of it you pay is now the number one corporate governance issue for well-known global brands, a point alluded to by our own chairman of the Revenue Commissioners, Josephine Feehily, at the conference on multinational taxation in Dublin. Such is the public interest in and anger over the issue, that reputational damage can come even if a company is complying with all of the existing laws.

A second point that featured at the conference was the inevitability of unilateral moves if the system is not seen to be fixed, and soon. The OECD’s Beps project is moving at a pace that appears to be surprising the OECD itself, and when it concludes its work at the end of next year, implementation will have to be seen to follow, and quick.

Meanwhile, the desire from the public to see something being done is presumably what drove Osborne’s comments on the matter.

But there is a significant amount of confusion, and some scepticism, about how the UK authorities will decide, and prove, how much of a company’s profits are being “artificially” shifted abroad, to places such as Ireland and Luxembourg.

The key problem with the global rules on multinational taxation is that they are no longer fit for purpose. The system is an agreed one between sovereign nations, and the only way it can be fixed is through new agreements that better capture the level of tax that parliaments, and the public, believe is reasonable.