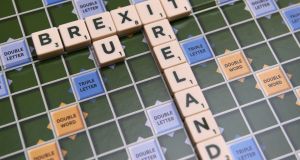 One in five local firms have reported a drop in turnover because of the referendum result, while two in every five firms say costs have risen, particularly raw material costs for manufacturers

One in every three firms in the North has scaled back or put growth and investment plans on hold following the UK’s decision to exit the EU, according to a new industry survey.

The latest quarterly economic survey by the Northern Ireland Chamber of Commerce and Industry shows the local economy is still growing but more slowly, and there is a lack of confidence among firms when it comes to turnover projections, particularly profitability.

The survey, compiled with business advisers BDO, shows that firms may be less likely to recruit new staff and are less enthusiastic about growth prospects post-Brexit.

Ann McGregor, chief executive of NI Chamber, said feedback from the survey showed that quarter three has been particularly challenging for local businesses.

“Although it is important not to take one quarter’s figures in isolation, the outcome of the EU referendum vote, the continued uncertainty surrounding it and the sterling’s response through depreciation has had a tangible impact on business growth and sentiment.

She said retaining freedom of movement of goods, services, capital and people within the EU was now the top priority for local businesses in any EU negotiations.

According to the chamber’s new quarterly Brexit Watch survey, Northern Ireland businesses say the UK vote to leave the EU has already cost the North investment and possibly new jobs.

One in five local firms have reported a drop in turnover because of the referendum result, while two in every five firms say costs have risen, particularly raw material costs for manufacturers.

More than a third have scaled back or put on hold investment plans directly as a result of the Brexit vote. An estimated 18 per cent of firms are also planning to expand outside of the North.

1 Second Covid-19 outbreak and no-deal Brexit an appalling vista
2 Ireland faces 'deep downturn' this year and may not rebound until 2024 if there is a second wave
3 System agreed for Irish goods to skip checks on UK trade
4 Interim examiner appointed to Compu b parent
5 How much do Irish people earn? And what will Covid-19 do to our wages?
6 Why are markets booming when a crash is on the way?
7 Supreme Court in Dublin clears Bernie Madoff Ponzi loss case for hearing
8 David McCullagh announced as co-host of RTÉ Six One News
9 John FitzGerald: Civil Service expertise key to Government policy
10 Datalex’s latest scary update offers glimmer of hope
Real news has value SUBSCRIBE