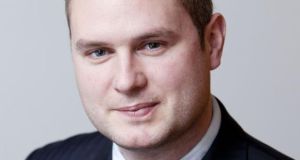 The Government is using “buoyant tax revenues to fund exuberant spending increases in the budget”, according to one of the State’s leading economists.

In a note sent to investors, Conall MacCoille, the chief economist with Davy, said the package to be unveiled by Minister for Finance Paschal Donohoe on Tuesday, was one in which fiscal discipline is being eroded with tax receipts used to fund “lavish” increases in spending.

This, the economist said was “hardly a cautious approach to the public finances”.

Mr MacCoille described Budget 2019 as “an election budget”, and therefore one that was unlikely to heed the advice of the Central Bank to run substantial surpluses.

The economist said that much of the €1.5 billion of measures to be unveiled “are heavily biased towards spending”.

He added the “budget giveaways” are part of a total package worth close to €3.5 billion, once pre-committed spending increases are included).

“This will leave the budget close to balance in 2018 and 2019 rather than moving into a substantial surplus,” Mr MacCoille said.

Minister for Finance Paschal Donohoe is to announce the 2019 budget at 1pm on Tuesday. This is the third and final budget under the confidence-and-supply agreement with Fianna Fáil.

Many of the measures to be announced are already in the public domain and include the abolition of the special 9 per cent VAT rate for the hospitality sector and the introduction of a new €300 million affordable housing scheme.