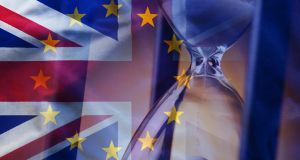 Britain still faces significant uncertainties about Brexit which will drag on the country’s economy for some time with negative implications for borrowers, ratings agency Moody’s said on Wednesday.

A vote in parliament on Tuesday in favour of the Brexit deal struck by Prime Minister Boris Johnson showed the likelihood of Britain leaving the EU with a deal was higher than it had been for some time, said Colin Ellis, Moody’s managing director for credit strategy.

“That said, significant uncertainties remain around the timing and eventual outcome of Brexit, which is likely going to weigh on spending, investment and hiring decisions in the UK for some time, a clear credit negative,” he added in a statement.

While lawmakers approved Johnson’s Brexit deal on Tuesday, they also rejected his plan to rush the legislation through parliament in time for the current October 31st deadline. – Reuters