Belfast briefing: businesses give back to community 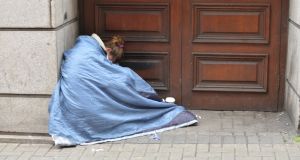 The Christmas party season may be drawing to a close but it is not yet over for one Belfast firm which hosts a festive gathering today with a difference. The JDM Group, which owns a number of restaurants, food outlets and a gym in the city, has invited homeless people to join them for a Christmas dinner at its Devenish Complex.

The idea for the dinner came though the group’s partnership with Belfast-based Hope Outreach for the Homeless.

JDM got involved with the organisation because an employee wanted to help people sleeping rough near where he worked. “It really came about because Matthew Stevenson from our Pizza Company in Botanic came up with the idea,” said Kelvin Collins, operations manager with JDM. “He wanted to do something that would make a difference.

According to Hope Outreach’s Donna Connor, JDM is just one of a number of businesses that have actively supported its work. Support from other companies, such as law firm Allen & Overy and Musgrave Cash & Carry has been invaluable, she said.

“We’re all volunteers who work with Hope Outreach and, without donations or the support from the likes of the JDM Group, we just couldn’t do what we do in Belfast. I think people have seen an increase in the number of people sleeping on the streets of the city and they have recognised that the situation has got worse.

“The support we receive from the JDM Group is really brilliant. The Christmas dinner at the Devenish Complex will really mean the world for a lot of people who might not have a chance to celebrate Christmas in this way,” Connor said.

Other organisations that help the homeless are benefitting this year as a result of businesses trying to make a difference. Paul Doyle is a bus driver who works for local transport group, Translink. A few months ago he became an overnight hero when details emerged of how he had stopped on his route to give a winter coat to a man who was homeless.

Following the gesture his employers got together with two local companies, the Council for the Homeless NI and SOS Bus NI, to set up an appeal that provides practical help for vulnerable people to stay warm.

Translink, the Hastings Hotel Group and the radio station U105 are all taking part in the Clothes for Christmas Appeal, with Hastings accepting donations at its six hotels and Translink setting up donation points at 10 stations across the North.

This is evident too during the annual Black Santa appeal at Belfast cathedral, close to the city’s commercial heart, a tradition begun by dean Sammy Crooks in 1976. The dean in his black, Anglican clerical cloak, sits outside the cathedral collecting charitable donations from December 16th to Christmas Eve.

And last week, nearly 600 people attended the Northern Ireland Chamber of Commerce and Industry carol service, which is held each year in the cathedral.

Chamber chief executive Ann McGregor said the service has become a real highlight of the chamber calendar, giving local firms the opportunity to come together while making a valuable contribution to the Black Santa appeal.