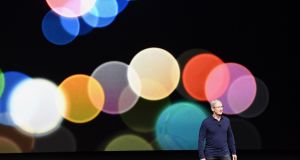 The landmark EU decision that Apple owes a tax bill of at least €13 billion has been dismissed as “political crap” by Apple chief executive Tim Cook. But it has put the most valuable company by market capitalisation at loggerheads with the world’s largest political and economic union.

The decision has also angered the US government which has accused Brussels of trying to make a play for tax revenue that, in Washington’s view, should rightfully flow to the US treasury given that Apple is US-headquartered.

While Apple has vowed to appeal the decision, it is aware that the issue of low taxation is one that divides public opinion and could potentially engender consumer backlash. This issue therefore requires careful handling also by the Government.

The ruling underscores the apparently growing potential for businesses to become intertwined in high profile international political disagreements. This is not a new phenomenon but its incidence and impact appears to be increasing. Partly, this is driven by globalisation, and also by the growth of key industries including new technology.

This is the second time that Apple has been caught in significant political controversy this year. Last February, US Republican presidential nominee Donald Trump called on consumers to boycott the company’s products until the tech giant co-operated with the US Federal Bureau of Investigation (FBI) to help “unlock” an iPhone used by one of the San Bernardino killers who killed 17 people last December.

The incident, which was ultimately resolved after the FBI found a way to unlock the iPhone, followed a decision by Apple last year to enhance encryption on its iPhones.

But it is not just technology firms that are experiencing issues from working with diverse political authorities across the world. Companies in industries, ranging from energy and extractives, to fast moving consumer goods, have long been confronted with challenges too. In this complex – sometimes uncharted – territory, firms and indeed entire industries can attract high profile scrutiny.

Yes, various international codes of conduct, including the UN Guiding Principles on Business and Human Rights already exist and reinforce the legal and corporate social responsibility practices of individual firms.

However, some more enlightened companies have recognised the need for a more decisive shift towards what has been termed strategic “corporate foreign policy”.

For business, it requires recognising the need for an unusual mix of core competences – such as in advanced diplomacy – in some of these corporate functions.

Other areas where firms occasionally have gaps include foresight and horizon scanning to anticipate and plan for social, economic and political opportunities and risks. Firms may also need clearer internal guidance for determining decision-making, protecting stakeholders (including customers), and/or remaining faithful to corporate values, especially in fast-moving, unpredictable, crisis situations.

The relentless march of globalisation, and the interconnections this brings, means few international companies will escape these pressures completely. Proliferation of media and the influence of NGOs and related stakeholders means the actions of firms are increasingly under the microscope.

Companies which are pro-active and invest in their capability, the prizes – both in terms of mitigating risk and seizing opportunity – are potentially significant. For those which are perceived to misstep, the fallout can be very damaging, both reputationally and also for the financial bottom-line.

Andrew Hammond is an Associate at LSE IDEAS (the Centre for International Affairs, Diplomacy and Strategy) at the London School of Economics, and an Adviser to ReputationInc