With traditional media disrupted, Facebook is setting the agenda for political discourse 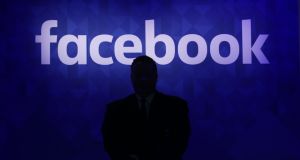 Concerns over concentrated media ownership will be nothing compared to the anxiety over the power wielded by Zuckerberg and Facebook. Photograph: Niall Carson/PA Wire

For political addicts in the western world, recent elections have offered more twists than this year’s Premier League.

We have just had an electoral split between the Civil War parties and a rise in Independents that was perhaps anticipated but certainly unprecedented. In the UK, Jeremy Corbyn led an astonishing coup in the Labour Party, dragging it far to the left. In Spain, new parties sprung up during the economic crisis and have entirely recast the political landscape, leading to months of parliamentary deadlock. In the race for the US presidential nominations, Donald Trump is redefining demagoguery for the world while Bernie Sanders is redefining socialism for an American audience.

There has been no shortage of theories for each of these scenarios, and this sort of political upheaval is probably to be expected in the wake of massive economic turbulence. But are there any longer-term patterns that might be a factor in these previously unlikely outcomes?

Democracy depends on an informed citizenry, it is often pointed out; the currents of information that shape the direction of politics, elections, policy and ultimately our lives traditionally flow through mainstream media. So we need to start considering the implications of what happens when the free press gets disrupted, which is evidently happening right now.

We have been hearing for many years about this election or that vote being the first “digital” or “social media” election, and the superficial impact has been quite evident to see: candidates with a huge social media presence, Q&A sessions on internet forums, get-out-and-vote efforts on Facebook, that sort of thing.

In a long series of tweets last month, writer and theorist Clay Shirky discussed this scenario. “Social media is breaking the political ‘Overton Window’ – the ability of elites to determine the outside edges of acceptable conversation,” he wrote. “Politically acceptable discourse is limited by supply, not demand. The public is hungry for more than politicians are willing to discuss. These limits were enforced by party discipline, and mass media whose economics meant political centrism was the best way to make money.”

The Overton Window that Shirky refers to is a phrase conceived in the mid-1990s by US free-market advocate Joseph Overton, describing the range of acceptable political discourse on any given topic. While predating Overton’s theory, Edward Herman and Noam Chomsky’s 1992 book Manufacturing Consent offers a seminal analysis of the role played by the US press in disseminating establishment “propaganda”, in effect describing how the Overton Window of acceptable thought is maintained and policed. Just look at the coverage of Corbyn in much of the UK press to see the Overton Window in action.

The political order of the past few decades has come to rely on a relatively stable dynamic between politicians, press and the public. But we are at a point where that dynamic is undergoing flux due to the changing nature of the press, and the way the public engages with media.

The incisive technology analyst Ben Thompson goes so far as to suggest that “politics is just the latest industry to be transformed by the internet”. That might be overemphatic, but I feel he is correct in diagnosing an imminent and fundamental shift.

“In a Facebook world, information suppliers are modularised and commoditised as most people get their news from their feed,” he writes. “The likelihood any particular message will ‘break out’ is based not on who is propagating said message but on how many users are receptive to hearing it. The power has shifted from the supply side to the demand side.”

In this scenario, Thompson is right to identify Facebook as key to the changing landscape. While Twitter is a hugely influential broadcasting platform, Facebook’s reach is far greater. According to an article in Mother Jones magazine in 2014, Facebook conducted an experiment in the three months leading up to the 2012 US presidential election, increasing “the amount of hard news stories at the top of the feeds of 1.9 million users. According to one Facebook data scientist, that change – which users were not alerted to – measurably increased civic engagement and voter turnout.”

Concerns over concentrated media ownership will be nothing compared to the anxiety over the power wielded by Zuckerberg and Facebook, whose secretive algorithm will determine what we see, or don’t see, on our newsfeeds.

But it would also be foolish to think that one form of media is merely replacing another without any political repercussions, without any underlying change in the established dynamic by which voters inform themselves about and then choose their leaders.

The great Canadian media intellectual Marshall McLuhan, in coining the phrase “the medium is the message”, got to the core of the situation. “The personal and social consequences of any medium,” he wrote, “result from the new scale that is introduced into our affairs by . . . any new technology.”