Data watchdog does not have to disclose lobbying by firms

Ruling accepts that records of contacts with Ibec, Yahoo and Microsoft are part of statutory function 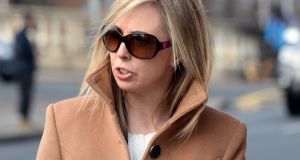 The independent regulator responsible for protecting the privacy rights of hundreds of millions of EU citizens does not have to disclose details of lobbying activities by business organisations and multinationals such as Yahoo and Microsoft, according to a new ruling.

Data Protection Commissioner Helen Dixon had refused to provide details of lobbying last year by Yahoo, Ibec, Microsoft, the American Chamber of Commerce Ireland and other organisations on foot of a request by journalists.

The journalists at the Right to Know transparency blog appealed her refusal to the Information Commissioner, Peter Tyndall, who upheld the commissioner’s decision in a letter issued on Tuesday.

New rules under the Regulation of Lobbying Act 2015 mean bodies must disclose details of their lobbying of certain designated public officials. Details of all such contacts are published on the lobbying.ie website maintained by the Standards in Public Office Commission.

Under the Freedom of Information (FOI) Act 2014, Right to Know, represented by FP Logue Solicitors, sought from the commissioner access to records relating to eight entries in the register in 2016 concerning discussions with certain companies or bodies.

The commissioner refused the request on the basis that any records of the type outlined fell outside the scope of the FOI Act because they did not concern the “general administration” of her office.

Mr Tyndall reviewed correspondence in which the commissioner claimed the subject matter of the lobbying activities engaged her statutory functions and the core business of her office. As such, the records did not concern the “general administration” of the office.

The applicant argued that the records on the lobbying register related to public policy issues and EU legislation and that the data protection commissioner had no relevant statutory functions in these areas.

In his binding decision, Mr Tyndall said he considered the term “general administration” referred to records relating to issues such as “personnel, pay matters, recruitment, accounts, information technology, accommodation, internal organisation, office procedures and the like”.

He was satisfied, having regard to the commissioner’s explanation of the nature and subject matter of the relevant lobbying activities and to his understanding of the term, that they did not concern the general administration of the data protection commissioner’s office.

The commissioner is responsible for the regulation of a number of multinationals here, including Facebook, LinkedIn, Yahoo, Twitter and Apple.

Managing director of Right to Know, Gavin Sheridan, said the organisation was disappointed the Information Commissioner had found that documents related to lobbying of the Data Protection Commissioner were “effectively exempt”.

“We cannot understand how the public interest is served by allowing vested interests to lobby the DPC in secret.”

He said the commissioner made decisions that affected the lives of hundreds of millions of European citizens.

“We believe all of those citizens have a right to know how private companies are engaging with commissioner,” he said.

Mr Sheridan said the organisation was considering the decision with its legal advisors to determine if Mr Tyndall had correctly applied the FOI Act in his review of its request.