A great product is just half the battle. How you beat unknown unknowns is the secret 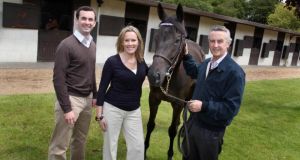 “The evidence was clear on paper and we could repeatedly prove it, but people wanted to see it demonstrated step by step through the lifecycle of the horse.” Donal Ryan, with Emmeline Hill and Jim Bolger. Photograph: Nick Bradshaw 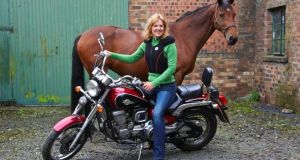 Former US defence secretary Donald Rumsfeld was pilloried for his use of the phrase “unknown unknowns” during a press briefing in 2002. In fact, those who rushed to ridicule should have paused to reflect. In business as in life it is the unknown unknowns that derail the best-laid plans.

In 2009, UCD academic Emmeline Hill co-founded Equinome to launch a pioneering test that identifies the “speed gene” in horses. This test had the potential to revolutionise the multibillion global bloodstock industry and was developed by Hill during years of painstaking research.

One might have expected thoroughbred breeders to have beaten a path to her door. Not so. Even with the backing of leading Irish trainer Jim Bolger, Hill’s own family history of breeding and racing thoroughbreds and successful peer review, the industry hesitated.

“We timed the launch to coincide with the publication of the supporting scientific paper to demonstrate the real power of the genetic information in a transparent way,” says Donal Ryan, managing director of Equinome. “Within a year there were over 10 more published scientific studies, many from independent research groups, that verified our findings in thousands of racehorses. The evidence was clear on paper and we could repeatedly prove it, but people wanted to see it demonstrated step by step through the lifecycle of the horse.

“We had to wait out the five years required to provide this type of proof.” This is the time taken from the initial breeding decision to the horse racing to the end of its three-year-old season.

“Fortunately, we had sufficient funding and early revenues to cover the gap,” he adds. “But in fact money wouldn’t have resolved the issue any faster. This was about time, not science or money. What also hindered us was the scale of the recession in Ireland, the UK and US. I relocated to Australia where there was no recession, a thriving bloodstock industry and a greater openness to new technologies that can add an edge. When I returned to Europe, the industry was rebounding and the first crop of horses bred using Equinome’s genetic test were racing as predicted. Our turnover has grown by over 300 per cent since 2013.”

Smurfit Graduate Business School lecturer in entrepreneurship Orla Byrne says a great product is only half the battle. “Customers have to actually buy it and you can’t force that,” she says. “Entrepreneurship is all about the unknown unknowns. But rather than trying to predict them, what makes a difference to the outcome is how someone deals with them as they arise.”

Unknown unknowns can include changes in government, legislation or regulation, problems with investors or staff hires and markets that shrink or disappear overnight. An example here is the impact the government levy on plastic bags had on those who used to produce them by the million. Other unknown unknowns include higher entry barriers than anticipated, protracted approval processes and resistance to change and newcomers.

John O’Donoghue’s surface technology company, Enbio, is best known for its European Space Agency projects. However, the company’s initial engagement was with the medical devices sector where its unknown unknown turned out to be the real cost of breaking into the industry. “We were not naive and had raised a lot of money but even so it proved impossibly difficult,” O’Donoghue says.

“We were expected to do all the financial heavy lifting and hand over our technology at the end. We pivoted and found the space sector far more willing to engage and share the burden.”

“Unk Unks are rampant in the go-to-market flow and don’t show up in market research or even in the early stages of product development. They are blind spots that often only emerge when you ask the customer to pay for your solution. Regardless of how good your solution is, when faced with a buying decision many customers, wanting the status quo, dig deep for reasons not to buy,” Neary says.

“I worked on a project where an enterprise customer was reluctant to pilot an innovative social media solution because it was blue in colour. The buying team associated the colour blue with an alternative solution on the market and I found myself facing people who collectively believed they had a plausible reason not to buy. My advice is get your solution in front of customers early and start probing to discover the Unk Unks. This view of the customer’s reality is a powerful tool with which to evolve your innovation.”

Ben Hurley, chief executive at the National Digital Research Centre, which typically invests in start-up technology companies, says that while some challenges are obvious, unknown unknowns can easily unsettle young companies. “For example, although intuitively they might assume that success at home can be exported, my experience is that early interest from Irish customers frequently fails to convert into sales,” he says.

“Therefore, companies may be better off starting in international markets to tap customers with the imperative to act on their need. This has the added benefit that a company is thinking global from day one.”

The Kan body protector is the brainchild of enthusiastic horsewoman and NCAD-trained designer Wendy Smyth. It is designed specifically for women riders and made from the same smart-foam technology used in motorcycle protection clothing.

Smyth had always banked on the UK as a potentially big market but sales there were half what they could be, she says. This is due to an unexpected conflict with several equine organisations over rule changes on body protectors that mean the Kan vest is excluded.

“I have held back from speaking out in case there could have been some simple rule change to include our protector,” Smyth says. “Unfortunately, this has proved difficult and the British Equestrian Trade Association’s intransigence in particular has caused us great frustration and loss of business. In short, horseriders are being prevented from wearing a body protector that meets the highest standards of European testing as required by law.”

When contacted by The Irish Times, Claire Williams, executive director and secretary of the British Equestrian Trade Association (Beta) said: “The companies concerned have not seen fit to contact Beta directly about this situation for some considerable time. The garment manufactured by Kanteq has been on the market for more than seven years and was a part of the Beta scheme until the change in the standard meant their garment no longer complied.

“As an aside, it is not Beta that sets the rules for the various equestrian sporting disciplines, but the disciplines themselves.”

Kanteq protectors are being sold in the UK to those not competing in registered events. But Smyth says sales would double with the right approval. “This situation has made it very difficult to build the brand and stay passionate about my business,” she says.