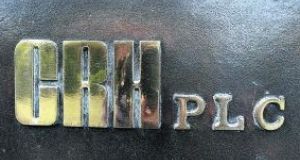 The deal is likely to be worth about $3 billion, which is the total debt linked to the cement business, the sources told Reuters, adding binding bids were due next month.

Others possible bidders include the Indian unit of Germany’s HeidelbergCement, India’s top cement maker Ultratech Cement and two private equity firms, one of the sources said.

The sources declined to be named as they were not authorised to speak to the media. A spokeswoman for Jaiprakash declined to comment. CRH, Dalmia, HeidelbergCement and Ultratech did not immediately respond to requests for comment.

Dalmia, which is among the top five cement manufacturers in India, met with Jaiprakash management last week and visited the company’s plants in Madhya Pradesh, said a senior executive at Jaiprakash Associates.

The divestment of the cement business by Jaiprakash, whose other business interests include roads and residential property, is part of a strategy to reduce a debt burden that has been weighing on its balance sheet in the last few years.

Jaiprakash Associates’ loss in the September quarter widened to 5.4 billion rupees, from a loss of 1.7 billion rupees in the year earlier period.

The company’s total debt was 612.9 billion rupees ($8.98 billion) at the end of March. Jaiprakash’s lenders will have a major say in the sale of the cement business, said the source.

In December 2014, Ultratech, part of India’s Aditya Birla conglomerate, agreed to buy two of Jaiprakash’s cement plants in the central state of Madhya Pradesh for 54 billion rupees ($792.34 million), including debt.

Jaiprakash remains the country’s third-biggest cement maker even after that deal, with a capacity of 22 million tonnes a year.

The company’s deal with Ultratech is pending clarification from the government on whether the plant sale will include transfer of limestone mining rights too. Existing rules bar the transfer of mines between firms if they are not allotted via auctions.