Investigators will be able to access data in the cloud and on remote servers, say officials 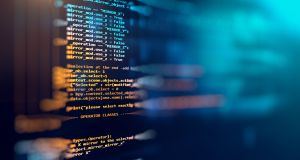 The State’s proposed new white-collar crime agency, the Corporate Enforcement Authority, will have beefed-up powers of search and entry, allowing it to access an investigated company’s digital records “wherever they are held”.

The proposed new powers will, for example, allow white-collar crime investigators to use their own computers to log in to, and download, an investigated company’s data that is stored elsewhere, either in the cloud or on remote servers.

Civil servants from the Department of Business, Enterprise and Innovation, who gave an update on the proposed new authority on Tuesday to an Oireachtas committee, said the new digital access powers will break “new ground”.

“If feasible, this power will be of interest to other investigative bodies such as An Garda Síochána,” said Sabha Greene, a senior official in the department who is helping devise laws to establish the Corporate Enforcement Authority.

She suggested that because the proposed new power is so new and far-reaching, the department is consulting closely with the Attorney General and the Department of Justice to ensure the power has “appropriate safeguards”.

Ms Greene and other officials from her department on Tuesday made presentations to legislators on the general scheme of a new Bill to establish the Corporate Enforcement Authority, which the Taoiseach Leo Varadkar has promised will be “an Irish FBI for white-collar crime”.

The new standalone investigative authority has been proposed by the Government as a replacement for the Office of the Director of Corporate Enforcement (ODCE), which is currently merely an office within the Department of Business.

The proposed new Corporate Enforcement Authority will have greater powers than the ODCE, especially in the area of deciding its own staffing needs and hiring specialist investigators, such as forensic accountants.

Ms Greene said it will be designed as a “commission type structure”, along the lines of the Competition and Consumer Protection Commission. The new authority will have up to three commissioners, selected by the minister.

The proposed new legislation underpinning the new authority would give it better “investigative tools”, Ms Greene said. She also suggested it will be able to apply directly to the courts to retain phone records of investigated individuals and companies.

Its powers will be increased to seek the restriction of company directors who botch their responsibilities during liquidations.

Company directors will also have to supply the Companies Registration Office with their Personal Public Service Number (PPSN), to prevent “the situation where one person uses different versions of their name on various company returns to appear as more than one person”.

Cork Fianna Fáil TD, Billy Kelleher, who sits on the Oireachtas business committee, said it was “an indictment” of the department that the ODCE “can’t function” within the department; the ODCE has been criticised for its perceived mishandling of the investigation into Anglo Irish Bank.

Eadaoin Collins, a senior department colleague of Ms Greene, said the ODCE’s shortcomings have since been addressed, such as through the hiring of more specialised investigators.

Sinn Féin TD Maurice Quinlivan asked the officials if they believe the ODCE is currently “fit for purpose”, to which Ms Collins replied: “Yes.”

Ms Collins said the ODCE’s budget for 2019 had been boosted by €1 million to just over €6 million.

Sinn Féin Senator Pádraig Mac Lochlainn suggested to the officials that the new authority, along with the Garda’s fraud squad and investigators in agencies such as the Central Bank, should all come together under the “umbrella of a Corporate Crime Agency”.

He also expressed concern at the potential for increased white-collar crime in the State from the influx of British businesses and assets here due to Brexit.

“We need one umbrella agency to join up all the dots,” he said.