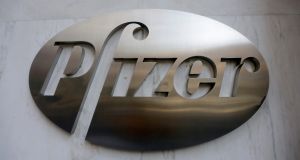 The healthcare, pharmaceuticals and life sciences sector spawned many of the largest domestic and international M&A transactions last year.This was in part due to a number of high profile corporate inversions featuring Irish domiciled companies, including Pfizer-Allergan.

The healthcare and pharmaceutical sector is expected to be at the forefront of mergers and acquisitions deals, according to KPMG’s M&A Outlook for 2016.

The survey found the healthcare, pharmaceuticals and life sciences sector is expected to see the most deal flow/value in 2016, following a year in which the sector spawned many of the largest domestic and international M&A transactions.This was in part due to a number of high profile corporate inversions featuring Irish domiciled companies, including Pfizer-Allergan and Shire-Baxalta.

However, KPMG said upcoming elections in Ireland and the US as well as a probable vote on a British exit from the EU in 2016 will inevitably influence M&A sentiment.

It also warned about the potential impact on investment decisions of recent developments such as ongoing concerns over a slowdown in the Chinese economy, volatility in global equity markets, depressed oil prices and the weakening of sterling.

Many respondents also identified 2016 as the year in which transactions within the Irish construction sector will continue to recover, with the prospect of secondary buy-outs from loan portfolio disposals.

When it comes to funding for acquisitions, half of all respondents said they prefer debt funding ahead of cash reserves, private equity, IPO/equity markets and alternative investment sources, and intend to finance potential acquisitions in 2016 through debt funding.

“The preference towards debt funding is indicative of greater access to credit and increased willingness from financial institutions to partake in such transactions,” KPMG Ireland corporate finance partner Michele Connolly said.

Approximately 100 Irish M&A executives and advisors were interviewed for the survey.