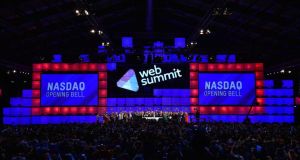 What a week! The Web Summit has been a triumph, copper-fastening Ireland’s position on the global technology map. Investors, founders and celebrities have presented, pitched and partied and the result is another huge success for Paddy Cosgrave and his team, for Ireland and for Dublin in particular.

Thanks to the work of many, in particular Enterprise Ireland, our State is now a major source of globally competitive start-ups and a destination for some of the most exciting emerging technology companies. Yet for Irish software founders at the beginning of their journey, Dublin is now a challenging location to start out and stand out and cities such as Galway and Cork have emerged as credible alternatives. The reasons are simple and related to the two ingredients that fuel start-ups: talent and money.

Dublin is at the core of Ireland’s success in the technology sector. The combination of multinationals such as Facebook, Google, Twitter and successful Irish technology companies such as Realex Payments and Openet employ thousands of people in well-paid, interesting jobs.

From a talent point of view, however, there is not much synergy between the multinationals and the indigenous companies in Dublin.

Let me be clear, in technology, the most important talent is engineering; people who can write software and build products. The idea that there is a fungible engineering talent pool across these multinationals and start-ups doesn’t stand up to scrutiny for the simple reason that Facebook, Google, Twitter and LinkedIn do not build their core software products in Dublin. Instead they are designed and coded in Menlo Park, Mountain View and San Francisco and to some extent in London. There is no pool of software engineering talent coming out of their Dublin offices.

The situation with Galway-based multinationals could not be more different. Companies such as Avaya, Cisco and HP have major software development centres in Galway, with research and development representing their core mission. They are coding core product for global markets in the areas of cloud applications and enterprise software.

A quick scan of the open positions on the websites of these companies is revealing. Of 67 advertised Dublin positions on the Facebook careers site, only six have the title “engineer” or “developer”. For Twitter it is one out of 25 and Google three out of 150. LinkedIn has 81 open positions in Dublin, none of which is in engineering. Most of the positions are in other areas such as sales and many require proficiency in European languages.

In contrast, the open positions at the Galway-based technology multinationals are almost all in software engineering. For Avaya, it is 33 out of 41; HP 17 out of 18 and Cisco three out of three. In other words, if you are proficient in a foreign language and want to sell software for an American technology company, come to Dublin. If you are proficient in programming languages and want to build software products, come to Galway.

For Galway-based start-ups, this means a steady stream of technical founders and experienced developers coming out of the multinationals. Examples include companies such as Duolog, NetFort, Instillo, Element Wave, Altocloud and Active Minds. It’s harder for this to happen with the big technology companies in Dublin unless they add core software engineering functions.

A key measure of success of the knowledge box will be whether companies such as Facebook and Google add software engineers in Dublin. You only have to look to the Silicon Valley examples to see the possibilities: Twitter was founded by ex-Google engineers and the LinkedIn founders came out of PayPal.

Cost is a huge issue for start-ups for the very simple reason that they have very little money. For software companies, there are minimal upfront capital costs thanks to platforms such as Amazon Web Services, which allow them to pay for compute and storage with a monthly subscription. Most of the expense relates to salaries and rent.

On both of these counts Dublin is expensive by any measure. For developers with in-demand skills like PHP or Ruby, recruitment company CPL estimates that salaries are 40 per cent more expensive in Dublin than the national average.

Rental costs have also become an issue. Technology employees around the world now want to live and work in city centres so affordable office space and nearby housing are vital. A recent survey by CBRE Ireland, the State’s largest commercial real estate firm, shows prime rents in Dublin 2 and 4 have grown by more than 28 per cent during the first nine months of 2014 and by almost 50 per cent on an annualised basis, with prime headline quoting rents in the capital now at €484 per square metre. A quick review of property website daft.ie shows these prices are double those of Galway city centre. These cost differentials can mean the difference between life and death for a start-up. Downtown apartment rental prices are also twice as expensive. According to daft.ie, the average rent for a two-bedroom apartment in Dublin 2 is €1,584 per month, compared to €789 for the equivalent in Galway city centre; a big difference for struggling founders and cash-strapped developers.

Dublin and Galway are both fantastic places to live. This is a huge asset when trying to attract great talent from around the world. Michael FitzGerald, chief executive of OnePageCRM, relates the story of a top developer from Spain: “When he was thinking of moving to Ireland, he googled ‘best place to live in Ireland’ and said ‘it screamed Galway’ – so Galway he went to, and found us on landing here. He lives on Dominic Street and loves that he has just a short walk along a canal and through the university to work”.

Boston-based technology company SmartBear recently opened its European headquarters in Galway. For European chief Miles Kane, it came down to cultural fit and quality of life more than anything.

“We wanted a city that matched our values and would provide the talent needed to grow a company long term in the region. The combination in Galway of a vibrant start-up community and fantastic quality of life is truly second to none. For this reason we were able to recruit several new hires this year who had been living in various locations like Dublin, London and New York City. Some had been pulled away for various career opportunities but always had a plan to get back to Ireland and the west.”

If Dublin is Ireland’s Silicon Valley, Galway is its San Francisco – a beautiful city by the bay, bustling with life, culture and fun. As Minnesota native Miles Kane puts it: “The mix of art, food, music, the sea, the craic in Galway is second to none. If you are unable to enjoy yourself in this city, I don’t know what to tell you. You are simply doing something wrong.” Barry O’Sullivan is chief executive of Altocloud, a software company with a mission of improving customer engagement and contact centre experiences