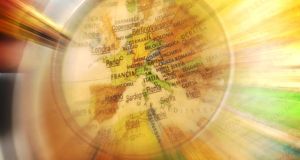 Focus on Europe: in July the European Commission tabled proposals for an investment package of around €22 billion to boost innovation in potentially high growth sectors that will generate high quality jobs

EU-based businesses are not investing enough in research and innovation.

So we need more research and innovation in Europe to create new jobs and deliver major benefits to society, such as real alternatives to fossil fuels or new treatments to combat the growing threat of drug-resistant infections.

That is why the European Commission has joined forces with the private sector and with EU member states in several key research areas.

The EU’s next seven-year budget, agreed during the Irish presidency (of the EU) earlier this year, is focussed on growth. The total budget envelope may be smaller, but expenditure on research and innovation will rise by a quarter to over €70 billion.

The new research and innovation programme, Horizon 2020, is designed to maximise the impact of every euro. There is consensus on the importance of this investment, as forward-looking EU member states like Ireland have striven to protect their research spending as much as possible, even in times of crisis and budget cuts.

On July 10th last, the European Commission tabled proposals for an investment package of around €22 billion to boost innovation in potentially high growth sectors that will generate high quality jobs. The EU’s contribution of €8 billion to this innovation investment package will mobilise €10 billion from industry and close to €4 billion from member states. This will provide vital funding for large-scale, longer-term, risky research and innovation initiatives.

The joint investment should ensure that the EU remains a leader in strategic sectors that already provide over four million jobs. And it is also a major opportunity for businesses large and small, universities and research organisations across the EU, including Ireland.

In some of these areas JTIs have already been established and are funded under the current EU research programme, but the innovation investment package will give them new impetus.

Funding of Irish research
In fact, Irish participants in the existing JTIs have already received around €12.5 million from the EU research budget.

A further €7.2 million has also gone to Irish organisations participating in biotechnology research activities – an area that will be further developed under the new JTI for bio-based industries. And the Irish Aviation Authority is set to receive €2 million from its participation in another existing partnership that aims to modernise air traffic management.

This brings the total that Irish organisations will receive to over €21.5 million. And because the budgets for these new partnerships represent a significant rise, there will be increased opportunities for funding.

Irish participants in funded projects are punching above their weight. For example, Trinity College Dublin has played a major role in the Clean Sky research programme that aims to cut emissions and noise from civilian aircraft.

TCD is currently coordinating two important projects. One, called WENEMOR, investigates the noise implications of a new aircraft engine design known as the Open Rotor; the other, ALLEGRA, looks at reducing noise from the landing gear that contributes about 30 per cent of aircraft noise during take-off and landing.

Another important project, SAFE-T, is organised under the existing Innovative Medicines Initiative, that aims to develop next generation vaccines, medicines and treatments.

The project includes University College Dublin, as well as an Irish SME, Argutus Medical Limited, and focuses on patient safety and toxic side-effects of drugs – a key challenge in new drug development. The scientists are developing new tools for the prediction and detection of drug-related injuries to internal organs.

In the area of biotechnologies, dozens of Irish organisations have benefited under the current EU research programme. For example, the ChiBio project, Letterkenny Institute of Technology and Earagail Eisc Teoranta Ltd are part of a consortium that aims to develop a biorefinery capable of converting crab shell waste into raw material for plastic production.

This could change the current practice whereby every year, hundreds of thousands of tonnes of crustacean shell waste end up in landfill, even though the chitin-rich biowaste could replace oil-based materials.

Supporting bio-based industries will help our economy move to a zero-waste environment.

New PPPs
The new partnerships will not only offer more funding and less red tape, but they will also focus on bridging the gap between research and deployment, and on bringing results to the market. And they are not the only new opportunity for Irish business and research. In the near future, the European Commission is planning to propose new contractual public-private partnerships in areas such as green cars, robotics and photonics.

I would like to see Irish industry, universities and researchers using these new opportunities to the fullest. I have no doubt that they will be able to compete at the highest level in European research. Their participation in these partnerships will mean new funding, new skills and new market opportunities, all of which Ireland and Europe as a whole need to ensure our future wellbeing.