Did you hear the one about the Irish diaspora centre...? 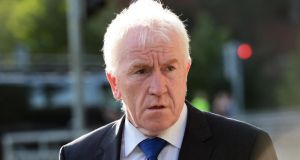 How does the Minister for the Diaspora, Jimmy Deenihan, fit into all this?

A recurring theme of Ireland’s response to its economic challenges of recent years has been to “tap the diaspora” through the Global Economic Forum at Farmleigh, the Gathering and the establishment of WorldIrish.com, for example.

The population of Ireland is only about 4.6 million people.The global population of people with Irish connections is many times larger. It made eminent sense to tap into such a ready made gene pool of potential investors/ tourists/employers with an emotional stake in our nation’s recovery.

Now the time has come to bring it all back home. The proposed establishment of a National Diaspora Centre in Ireland, serving as a beacon for all those interested in how this country engages with the world, remains a fantastic idea.

The process being run by Fáilte Ireland to find a partner for the proposed centre, however, is just a little too “Oirish” for comfort. It is confused, disjointed and does not bode well for the successful establishment of the centre.

At least six serious contenders have emerged to partner with the State on the project: two from Dublin, and one each from Cork, Donegal, the Shannon region and Offaly. Most of them have no clue what is going on with the process being run by Fáilte Ireland, which for its part, maintains there is no problem.

The bidders were asked to send in applications this month, but several were confused about the level of detail that was required. Several were scheduled to hold “competitive dialogue” discussions with FI next month, but these have been cancelled. An “expert group” is to assess the bids, but nobody, not even FI, knows who are the experts.

The bidders don’t even know what level of State assistance is up for grabs with the “partnership”, apart from the use of the word “National” in the title (an unrestricted term in any event).

Get it together, lads.