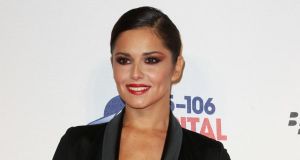 New accounts lodged by the Limerick-based Tara Entertainments Ltd show that the firm had profits of £1.762 million (€2.1 million) between November 11th, 2011 and the end of last year.

The figures lodged with the Companies Office show that the firm’s cash pile at the end of last year stood at £2.23 million.

The firm, a subsidiary of the dormant UK firm CC Entertainments International Ltd, owed £251,824 in corporation tax at the end of last year.

The accounts confirm that part of the firm’s revenues were last year generated by performance and concert income.

Income at Tara Entertainments was boosted by Cole releasing her third album, A Million Lights, in June 2012 with the lead single from it, Call my Name, selling 152,000 copies in its first week.

The firm is wholly owned by the singer, with its establishment in Ireland based on connections with Limerick accountant Alan McEvoy and his firm Live Wire Business Management (LBM).

Along with Cole’s Tara Entertainments, LBM has also established firms for other British pop stars, Olly Murs and JLS. All these artists are signed with the Syco, the label of X-Factor creator Simon Cowell.

LBM, which is based at Grove Island, Corbally, Limerick, has prepared annual accounts for Boyzone, Ronan Keating, The Corrs and Westlife.

The firm has also works for one of the world’s most popular bands, One Direction, setting up the ODOT partnership, which shares LBM’s Limerick address at Canal House.

1 Corona beer firm reeling after 8% slide due to coronavirus
2 Life as a Facebook moderator: ‘People are awful. This is what my job has taught me’
3 Pharma giant AbbVie warned Government against ‘unfair’ €572m tax bill
4 Coronavirus-induced sell-off wipes €6.7bn off value of shares in Dublin
5 AIB to sell more than 500 ATMs to Brink’s
6 Tyrone offsite building firm attracts multimillion investment
7 What does it take to get banned from social media? More than you’d think
8 Coronavirus: ‘All bets are off’, says aircraft industry chief
9 Bank leaked my loan request to family who tried to rip me off
10 How well paid do you think you are? Here’s how to work it out
Real news has value SUBSCRIBE