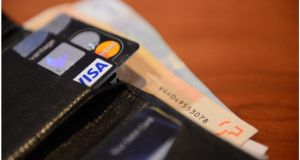 Average weekly earnings fell €4.46 or 0.6 per cent in the fourth quarter of 2013 compared with the same period the previous year.

Preliminary results for the last three months of the year show workers earned an average of €687.28 per week, down from €691 a year earlier, figures published by the Central Statistics Office (CSO) show.

Average weekly earnings increased in nine of the 13 sectors monitored by the CSO. The largest rise was recorded in the transportation and storage sector, where earnings were up 6.7 per cent from €718.81 to €766.85.

The largest decrease was recorded in the administrative and support activities sector, where earnings fell 3.2 per cent from €512.03 to €495.85.

In the long term, the human health and social work sector has seen the biggest decrease, with average weekly earnings falling 13.8 per cent between the fourth quarter in 2009 and the same period in 2013.

The information and communication sector saw the biggest long-term increase in weekly earnings, recording a rise of 9.1 per cent from €931.47 to €1,016.65.

Unite regional secretary Jimmy Kelly said weekly earnings fell by over one per cent in 2013 when inflation was taken into account.

“Irish wages are already well below levels in other EU-15 countries. Low wages and six years of austerity are reflected in the fact that one in every five workers suffers multiple deprivation experiences. They are the working poor.”

Yesterday, the European Commission published a paper predicting wages would fall this year and next across the European Union.

Unite published research last week showing labour costs in Ireland make up a smaller proportion of business operating costs than in other European countries, while Irish profits are rising faster than elsewhere.

“Ireland needs a wage increase, not only to raise the living standards of workers and families, but also to put more money into cash registers up and down the country. Stagnating earnings are bad news for workers, for businesses and for the economy,” Mr Kelly said.